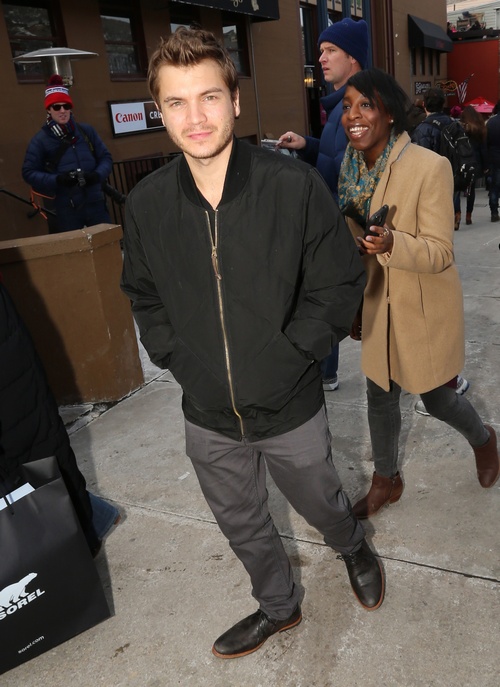 Emile Hirsch has been officially charged with felony assault after attacking a female Paramount executive at the Sundance Film Festival on January 25th.

Emile was at the Sundance Film Festival for his movie ‘Ten Thousand Saints’, and he was reportedly drinking for a few hours at the Tao Nightclub on January 25th before encountering the executive. The reports claim that neither Emile nor the executive, Daniele Bernfeld, knew each other before this. However, Emile reportedly went up to her and exchanged a few words with her, after which he put his hands around her throat, threw her to the ground, and then put her in a chokehold.

The authorities were quickly called, and although Daniele Bernfeld wasn’t seriously injured, Emile did admit that he’d been drinking for several hours before the attack. And after he got charged with a felony assault, it was reported a few hours ago that he was entering rehab of his own volition.

Emile Hirsch’s attorney, Robert Offer, released a statement saying, “The facts that I can relay are that he consumed an enormous amount of alcohol on the evening in question and he doesn’t have any memory of what happened at the time of the allegations. However, Emile takes these allegations very seriously, and is devastated that any of this has occurred. A few days after the incident, Emile sought help and checked himself into an alcohol rehabilitation facility, where he remains today, to ensure nothing like this ever happens again. Emile is continuing to cooperate fully with authorities.”

The cynical part of me can’t help but wonder if Emile’s rehab visit is just a ploy to avoid serious jail time, which is what a felony assault charge can lead to. However, if it was really drinking that caused his sudden and unexplained attack on that poor woman, it’s good that he’s getting help – despite the actual reason he’s attending rehab in the first place.