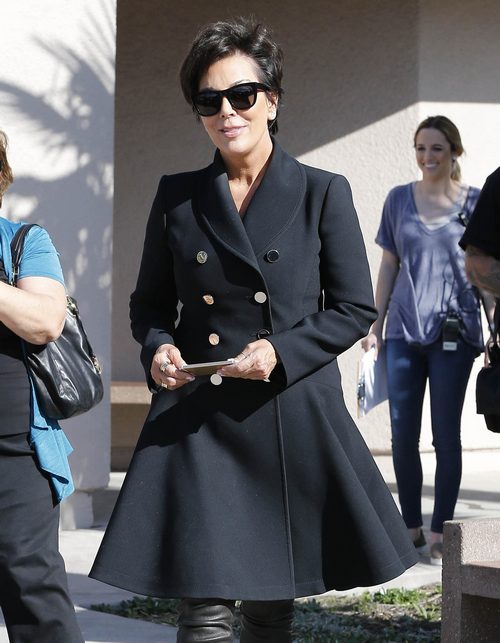 The whole world already knows that Bruce Jenner is getting a transgender sex change, largely because Bruce went public with the news via People and US Weekly a few weeks back. The sex change has been rumored for many, many months, especially since Bruce made no effort to hide all the physical changes he was undergoing.

Kris did talk about her separation from Bruce Jenner, explaining, “Bruce is great. Bruce is good. We’re good friends. In life, you realize on some level you’re happier living apart than you are together and that’s what happened with us. We just grew apart….”

Notice how she doesn’t even address the sex change issue as a reason for their breakup, just that they ‘grew apart’. Right. Good job, Kris, on digging yourself into an even deeper hole. Everybody already has a terrible impression of Kris Jenner, and most people assume that she’s the reason Bruce never came out before now.

And of course, now that Bruce has officially revealed the truth, she won’t even deign to talk about it – instead calling the whole situation ‘dumb‘. It’s not clear whether she was referring to Bruce’s situation as ‘dumb’ or the question as ‘dumb’, but either way, she comes across as insensitive.

What do you guys think about Kris Jenner’s refusal to talk about Bruce Jenner’s transgender sex change? Do you think she’s dismissing the whole thing? Let us know your thoughts in the comments below.