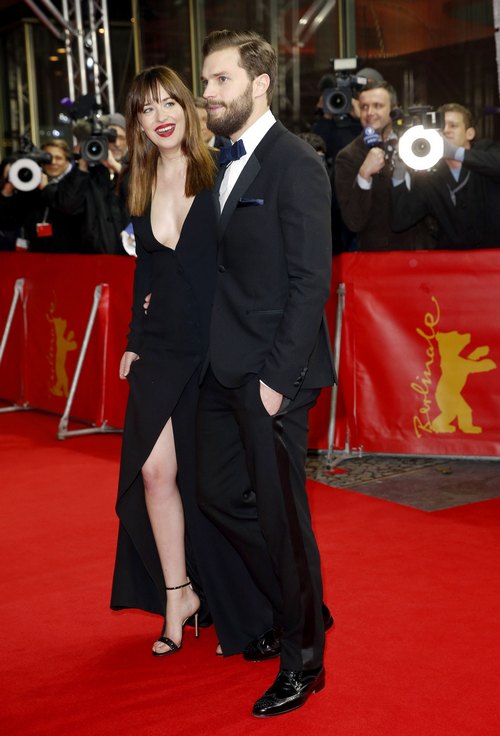 Fifty Shades of Grey shocked box office prognosticators by opening to a massive $85 million over the three-day weekend, setting the record for February box office openings. It beat previous record holder Passion of the Christ by only a few million, but that doesn’t matter when you consider how many hurdles Fifty Shades had to overcome to get this far.

First and foremost, this was always a risky movie to make. It had no known stars and it was based on a very adult subject, neither of which boded well for the film’s overall box office. However, the mere fact that the book series sold over $100 million copies meant that there were definitely going to be people who watched the film, and that gave Universal Studios enough confidence to bid on the rights and then green light the film.

The first sign of the movie’s massive success came at the casting stage, when people online had daily meltdowns over who would be cast as Christian Grey. Charlie Hunnam was initially cast and then proceeded to drop out, leaving the door open for Jamie Dornan to step into his, ahem, shoes.

At the end of the day, women are clearly still starved for female-driven content, no matter how raunchy or ridiculous the content is. Universal made a smart choice in opening the movie on Valentine’s Day, which ensured plenty of date night crows. In addition to that, they ran a very effective ad campaign focusing on piquing people’s curiosity, which worked equally as well. Everyone wanted to know what Fifty Shades of Grey was about, even if they didn’t necessarily want to read the book series.

What do you guys think about Fifty Shades of Grey’s phenomenal weekend box office? Do you think it will face a steep drop-off over the next few weekends? Let us know your thoughts in the comments below.