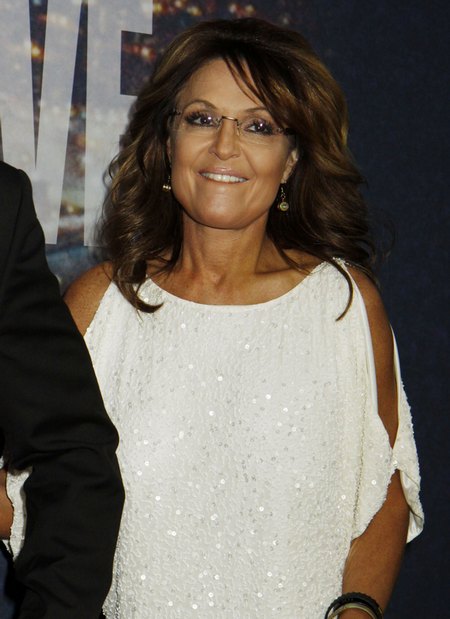 Sarah Palin is obviously not a fan of Tina Fey’s, after Tina’s impression of Sarah Palin went viral and made her a household name in comedy. However, Sarah recently suggested in an interview that the ONLY reason Tina Fey is famous is because of her Palin impression. Um, ego much?

When asked about who helped whose career more, Sarah Palin replied, “Well, have I helped her career or has she helped mine? I’m like come on Tina, you should be paying my kids’ braces or something. She’s so good, though. I really respect her and her work ethic and her capitalization, you know, on the opportunity.”

Does Sarah Palin not know that Tina Fey was already a famous comedian before that infamous SNL skit? The way Sarah Palin makes it sound, Tina was just some struggling, unknown artist that jumped on a magnificent opportunity and made the best out of it. The reality of the situation is that Tina Fey was a famous SNL alumni that rearranged her schedule to come do a skit that she was asked to do, and got lucky in that it made her even more famous.

At the end of the day, they both definitely owe each other at least a little bit. Tina Fey jumped to the top of Hollywood’s comedy wish list after that Palin impression went viral, and Sarah Palin became a celebrity – which she has utilized to no end, especially in the recent years.

What do you guys think about Sarah Palin’s comments? Do you think she owes Tina Fey more, or is it the other way around? Or is Sarah being ridiculous when she says Tina should be paying for her daughter’s braces? Let us know your thoughts in the comments below.

Days Of Our Lives (DOOL) Spoilers: Will Kristen Try To Kidnap Rachel And Go On The…