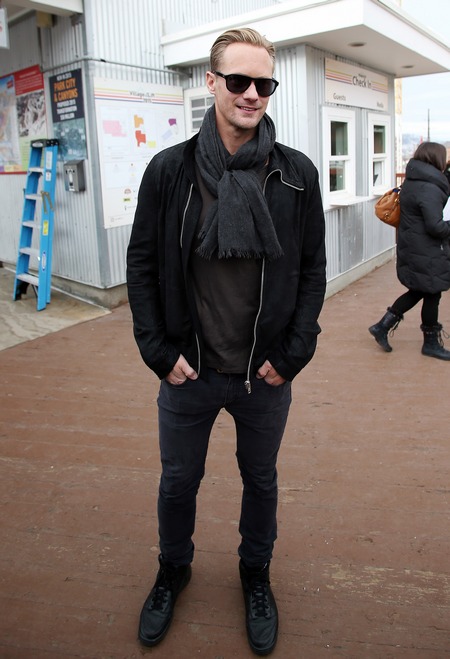 Alexa, as we know, used to have a fling with Chris Martin when he was still rumored to be married to Gwyneth Paltrow. While that eventually didn’t go anywhere, it’s clear that Alexa Chung definitely has a type: tall, handsome, blonde, and famous.

People’s sources added that Alexa and Alexander were spotted together twice this week, and they were at the Bowery Ballroom in NYC at one point. An eyewitness who saw them together told People, “They were deep in conversation. He seemed really laid-back but she seemed super animated and into him.”

The last woman that Skarsgard was linked to was Margot Robbie, who he supposedly made out with at the Sundance Film Festival. However, that might have been a one-off, since there were no more rumors concerning both of them. Of course, Margot Robbie has also been extremely vocal about her disdain for dating actors, so she might have shut down that situation before it went any further.

Alexa Chung, on the other hand, clearly has no such issues with dating actors or musicians. Alas, this might also be a fling, and knowing Alexander Skarsgard’s romantic history, I wouldn’t bet on this lasting. But at the same time, Alexa definitely fits Alex’s typical mold for girls he dates.

What do you guys think about Alexander Skarsgard and Alexa Chung possibly dating? Do you think they will last if they continue hooking up? Pardon me for being cynical, but that’s what Hollywood does to ya.