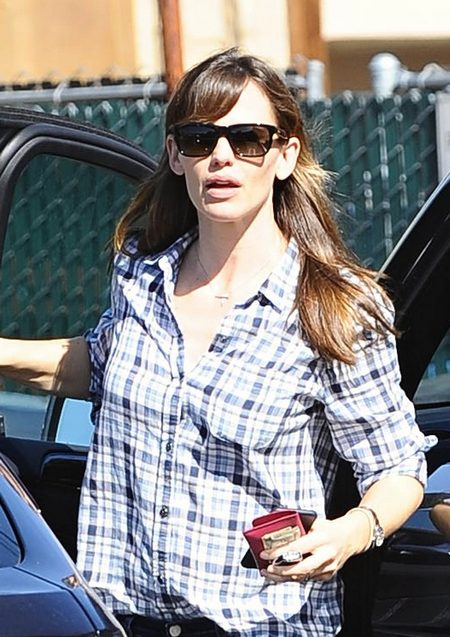 Jennifer Garner’s lips have been a hot topic of discussion ever since she first burst onto the scene with Alias, and they’ve remained that way. People are always speculating about whether Jennifer’s lips are real, fake, or created through frequent injections.

Clearly, Jennifer’s heard the rumors, because she’s finally proving that her lips are real – by posing in a family photoshoot for Southern Living, where you can clearly see the family resemblance between her lips, and her sisters’ and mother’s lips.

In the accompanying interview, when asked about the family resemblance, Jennifer Garner even stated, “We are doing this shoot so people can finally stop asking if my lips are real.”

Well, her family having thick lips is no guarantee that she hasn’t had any work done to her lips. Yes, her lips have stayed relatively unchanged throughout the years that she’s worked in Hollywood, but it’s fairly obvious that her jawline and her teeth look different. So if she can do work on those areas of her face, who says she hasn’t had subtle work done to her lips – even if it was just to enhance rather than change?

Jennifer Garner seems smart enough not to go for an all-out drastic plastic surgery transformation to her lips, so of course it wasn’t overtly obvious that she’s had work done. But having seen how many actresses lie about getting things done to their face in Hollywood, I have a hard time believing anybody – no matter how many family photoshoots they conduct to convince the public.

What do you guys think about Jennifer Garner doing this photoshoot to prove a point? Isn’t it ‘doth protest too much’? Or is she telling the truth when she says she has natural lips that are completely untouched by plastic surgery?