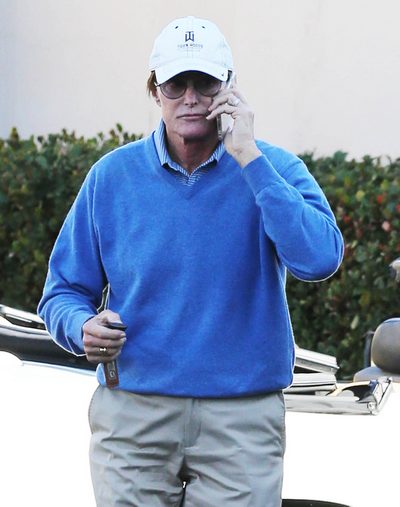 When Bruce Jenner’s involvement last week in the fatal car crash came out, everyone assumed that he was responsible. Whether it’s the drugs, the hormones that he’s taking, the cigarettes that he was smoking, or running from the paparazzi, media outlets began assigning the blame to his reckless driving. After all, the accident resulted in the death of an innocent woman, not just a series of damaged vehicles.

And now, the video from the crash scene shows that Bruce Jenner is, in fact, fully responsible for causing the accident. The video shows Bruce Jenner smoking a cigarette with one hand, and not paying attention to the Lexus in front of him – which was clearly going slowly. And then, he slammed his brakes too late, causing him to bump the Lexus and the Lexus then being pushed into speeding traffic.

For now, all the LAPD will say is, “We are still looking at the videos of the crash to determine what happened. We have not deemed who is at fault yet, the investigation is still very much open.”

Right now, the worst charge that Bruce could face is vehicular manslaughter, which will definitely put a halt to his sex change. But it’s not clear whether Bruce Jenner was speeding, just not paying attention, or if there was some other reason for his reckless driving. After all, an innocent woman paid the price for his mistake…

What do you guys think? Will Bruce Jenner get away with nothing, or will he be faced with a penalty and/or vehicular manslaughter? It’s glaringly obvious in the video that he is fully responsible for causing the accident by slamming the brakes too late, and that there is no one else he can blame this on.