Matt Lauer And Lara Spencer Having An Affair 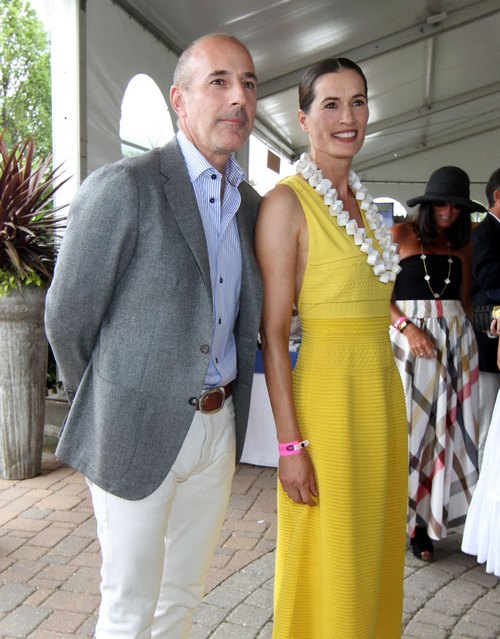 Matt Lauer and his wife, Annette Roque, may have been married for a long time, but that doesn’t mean that they’re happy together. In fact, many rumors have suggested that Matt has cheated on his wife in the past, and now, a new report from the National Enquirer claims that he’s still cheating on her.

According to the Enquirer’s sources, Matt has been spending a lot of time flirting with Good Morning America’s Lara Spencer. The Enquirer’s source added, “Lara’s marriage has not stopped Matt lusting after her. Matt just lights up whenever Lara is around, and they seem to share a lot of laughs. Annette will go out of her way to avoid Lara on the social circuit, but she keeps her eye on Matt — for obvious reasons.”

There have been enough rumors about Matt’s infidelity and cheating that it’s believable that he’s so blatantly flirting with someone – even if that someone is just as famous as he is. However, we have no reason to believe that Lara Spencer will ever return Matt’s affections, especially since she’s also married.

Granted, if Matt Lauer is this blatant about his cheating, then his wife should probably think twice about staying married to him. It’s been rumored that Annette Roque has almost walked out on Matt multiple times over the recent years, but obligations and family kept her with him. But if this report has any semblance of truth, then Annette would be better off cutting her losses and getting a divorce.

Of course, such a divorce would become the talk of the town, and it’s possible that many more sordid details will come out regarding Matt’s personal life. But either way, what does Annette have to lose?