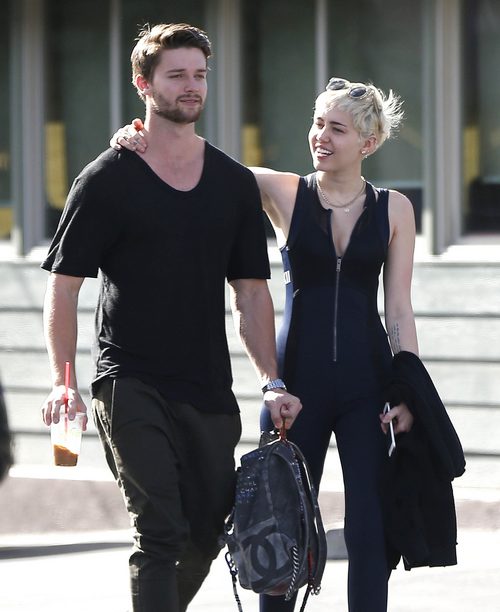 Patrick Schwarzenegger and Miley Cyrus have been dating for several months, but there’s always been an expiry date on their relationship. Patrick’s parents are openly disapproving of Miley, and unfortunately for Miley, that’s largely due to her, ahem, partying lifestyle.

So in that regard, it makes sense that Patrick would be open to having a jump-off ready and waiting, right? According to the latest report from Life & Style, Patrick Schwarzenegger is sick and tired of Miley’s ‘immature’ behavior, with a source explaining, “Patrick was livid… He stormed off, yelling at Miley, ‘I’m done! You’ve humiliated me for the last time!’ He’s had it with her behavior and is sick of looking like the dumb boyfriend.”

And what does he do? Well, the report claims that Patrick immediately started flirting with Rita Ora at a Grammys party, despite the fact that he’s still technically with Miley.

Now, I don’t think Patrick and Miley have reached their expiry date quite yet, but I also wouldn’t be surprised if Patrick is mentally starting to check out of their relationship – hence, the cheating rumors.

What do you guys think? Will Patrick and Miley break up soon, and will Patrick end up with Rita Ora? Let us know your thoughts in the comments below.