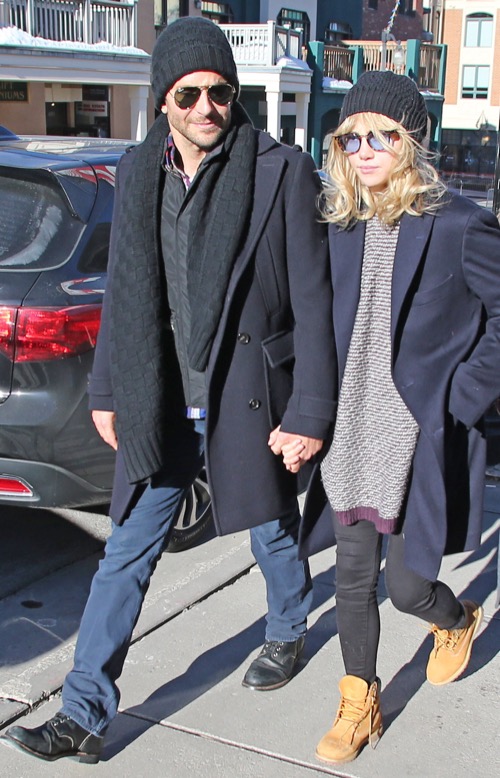 Bradley Cooper and Suki Waterhouse have managed to last several years, which is a surprise in itself considering their age difference. Throughout Bradley’s increasing success, Suki has stayed with him through thick and thin – something that many people in the media didn’t think would happen.

However, a new report from OK! Magazine claims that Bradley Cooper and Suki Waterhouse have been fighting lately, and all because of Bradley’s friendship with his ‘American Sniper‘ co-star, Sienna Miller.

A source tells OK!, “He mentions Sienna in every interview. Brad’s told Suki it’s just about helping to revive Sienna’s career, but it’s rubbing her the wrong way. Last week, he was going on about Sienna’s ‘incredible talent,’ and Suki lost it. It was a huge fight.”

Considering that Suki Waterhouse is a model, I can see her getting jealous of another woman who shares Bradley Cooper’s profession – especially since Sienna is so pretty. Plus, Sienna Miller does have a reputation as a professional homewrecker, and it’s not impossible to assume that other women would be threatened by that.

However, Sienna Miller and Tom Sturridge are very happy together, and that is unlikely to change right now. In fact, this is the first time that Sienna has been in a stable relationship with a normal guy [even though he’s an actor], and that she hasn’t cheated on him yet. It’s been a long time since Jude Law’s nanny situation and Sienna’s homewrecking ways, and besides, Sienna and Bradley aren’t even working together anymore. American Sniper isn’t a franchise series, so why would they have anything more to do with each other?

What do you guys think? Is Bradley Cooper flirting with Sienna Miller? And would Suki Waterhouse get jealous of that? Let us know your thoughts in the comments below.