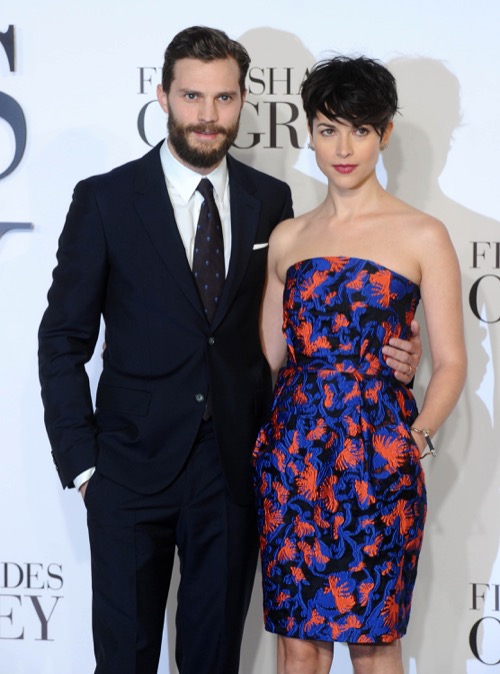 Jamie Dornan and Amelia Warner are married and have a kid together, likely to the everlasting disappointment of Universal Studios. Universal released Fifty Shades of Grey to gangbusters box office last weekend, and the movie has become an unqualified phenomenon across the world. While most people still can’t comprehend this type of movie becoming so successful, it looks like film quality isn’t the only thing suffering from Fifty Shades of Grey.

A new report from Star Magazine alleges that Jamie Dornan, the star of the movie and the titular Mr. Christian Grey, and his wife, Amelia Warner, have been having some marriage issues.

Star’s source explains, “Amelia didn’t love the idea of him doing such a sexually charged movie. But he said it would skyrocket his career. He tried to assure her nothing would change between them. They’ve had several fights about him choosing his career over her. And the fact that he’s already signed on for two more movies could prove to be the final straw.”

What do you guys think? Will Jamie Dornan and Amelia Warner get a divorce over this? Or will they stay together, with Amelia just having to get over the fact that her husband is fake sexing another woman? Let us know your thoughts in the comments below.