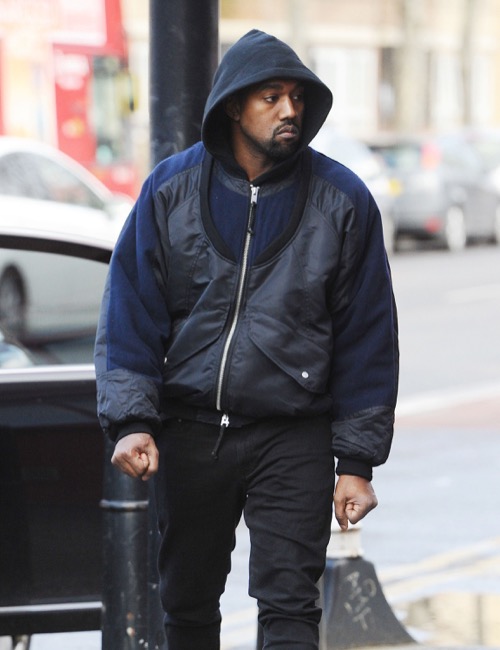 Kanye West never knows when to keep his mouth shut, and he’s continuing to prove that once again. Even though both Tyga and Kylie Jenner have tried to deny rumors that they were dating – largely because of their 8-year age difference and the fact that Kylie is still underage – Kanye went and screwed it all up.

In a radio interview with the Power 105 ‘Breakfast Club’ interview, Kanye revealed – when asked about Kylie and Tyga dating – “I think they’re in love. You can’t tell nobody.”

Except in the official, edited audio, all you can hear Kanye saying is, “That’s a good question right there… I think [Tyga] got in early. I think he was smart. They’re closer in age than a lot of relationships I know. I knew Tyga was smart.”

In other words, Kanye West has officially outed Kylie Jenner and Tyga. I mean, everybody already knew they were dating, right? Nobody was stupid enough to believe either one of them when they claimed that they were just friends, especially when the paparazzi kept photographing them getting into cars together and going on vacations together and generally acting like boyfriend/girlfriend.

Plus, Kanye has a history of just blurting out whatever’s on his mind, and it’s obvious that he couldn’t keep this in any longer. He wants everyone to know that Tyga and Kylie are in loooooove, and so he just said it. The radio station probably realized that he didn’t mean to – a.k.a. Kanye threatened them and told them to cut that part out – and so, they released the edited version. So much for all of Tyga’s recent denials, right?

What do you guys think about Tyga and Kylie Jenner dating? Are you surprised by Kanye’s confirmation? Let us know your thoughts in the comments below.