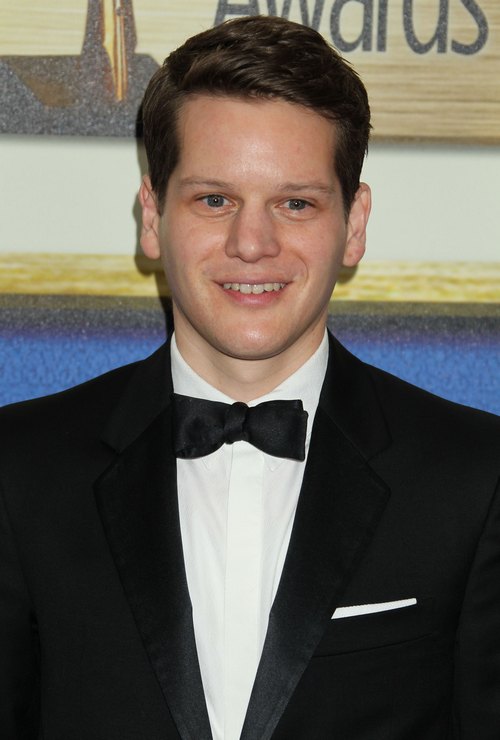 One of the best speeches from last night’s Academy Awards was from a fairly unknown name – first time nominee Graham Moore, who won Best Adapted Screenplay for The Imitation Game.

Moore brought many audience members to tears by opening up about his suicide attempt from when he was younger. It was clear that he had thought a little about what he wanted to say if he made it up to that stage, and he did end up saying, “In this brief time here, what I want to use it to do is to say this: When I was 16 years old, I tried to kill myself because I felt weird and I felt different and I felt like I did not belong. And now, I’m standing here and I would like for this moment to be for that kid out there who feels like she’s weird or she’s different or she doesn’t fit in anywhere: Yes, you do. I promise you do. You do. Stay weird, stay different. And then, when it’s your turn and you are standing on this stage, please pass the same message to the next person who comes along.”

Best Adapted Screenplay was the only major award that went to The Imitation Game that night, even though the movie itself was nominated for Best Picture, Best Supporting Actress, Best Director, and Best Actor. But alas, the theater gave Graham a standing ovation when he was done with his speech, and you have to imagine that it’s quite a posthumous honor for Alan Turing.

Turing, too, dealt with depression – which is one of the reasons Graham Moore was reportedly drawn to the story so strongly. He gave several interviews after winning the Oscar discussing his speech, and he mentioned that while he was not gay like Alan Turing, he did deal with depression when he was younger. He spoke about his suicide attempt being linked to depression, and we know that Alan Turing did end up committing suicide as a result of such a health issue.

Overall, while the movie itself doesn’t delve too deeply into these issues, Graham Moore’s definitely done his share to let everyone know that they do exist – and they exist on a very personal scale for many people, not just Oscar winners.