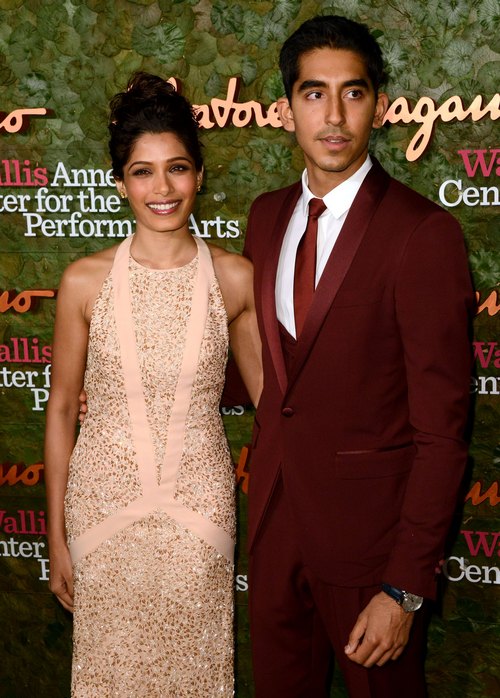 Dev Patel and Freida Pinto became household names after Slumdog Millionaire, and they ended up dating for quite a long time following the movie. However, Dev Patel recently revealed in an interview that many people in Hollywood didn’t think he was ‘attractive enough‘ to date Freida Pinto.

In an interview with the Guardian, Dev revealed that he was once approached during a Burberry fashion show and told that he wasn’t good-looking enough for Freida Pinto.

He explained, “I was sitting there, and this fellow says, ‘Are you the one dating Freida Pinto?’ And I’m like, ‘Yeah, I guess.’” He gives an embarrassed shrug. “And then he says: ‘Why? How? Why is she dating you? She’s so beautiful.’ And I say, ‘Yeah. She is!’ And then he says: ‘But you’re so, ugh, so normal-looking.’”

Apparently, Dev Patel looked upset narrating the incident, as he should be! I mean, it is a primarily fashion crowd and Mario Testino is a very superficial designer. Almost everything designers do tend to focus on the aesthetic, so it makes sense that they would be more superficial than most. Plus, all of Mario’s muses tend to be insanely attractive, even by the industry’s already sky-high standards. But it’s not like Dev Patel is particularly unattractive or unappealing to look at – I mean, there are significantly uglier men with attractive women, more so than the other way around.

Anyway, Dev Patel and Freida Pinto did end up breaking up, and Dev has since been linked to a supermodel – so really, I think he’s doing fine. But still, it has to smart that one of the world’s most famous designers once told you that you weren’t good looking enough for your own girlfriend. Oh, Hollyweird.