Patricia Arquette Defends Her Comments About Equality After Oscar Win 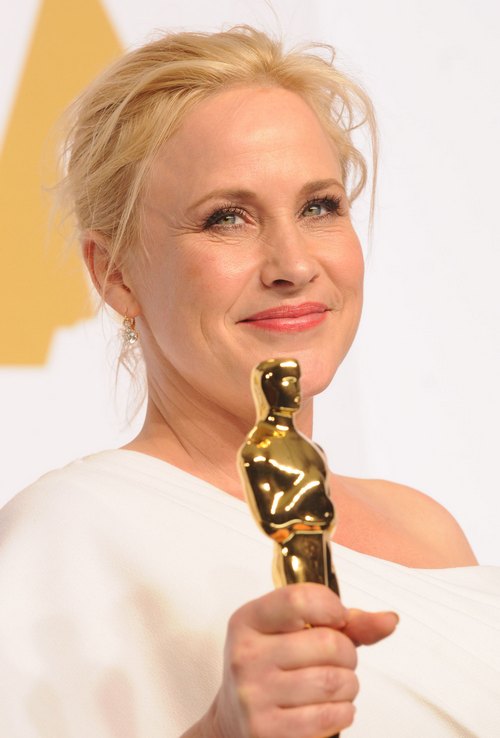 Patricia Arquette won the Best Supporting Actress Oscar for her performance in Boyhood, which was actually one of the few categories of the night that did go to Boyhood [and not Birdman or another movie]. However, Patricia took her turn on the stage to discuss equal wages among women, and how it’s time for Hollywood to stand up and take notice.

When she went backstage, she elaborated on her remarks, adding, “So the truth is, even though we sort of feel like we have equal rights in America, right under the surface, there are huge issues that are applied that really do affect women and it’s time for all the women in America and all the men that love women, and all the gay people, and all the people of color that we’ve all fought for to fight for us now.”

Patricia’s comments were actually met with a giant wave of backlash, especially from the LGBT community and the minority community, both of whom felt that Patricia was implying that they weren’t supportive of women’s rights. However, Patricia then took to her Twitter to clarify, “I have long been an advocate for the rights of the #LBGT community. The question is why aren’t you an advocate for equality for ALL women?  Wage equality will help ALL women of all races in America. It will also help their children and society. Guess which women are the most negatively effected in wage inequality? Women of color. #Equalpay for ALL women. Women stand together in this.”

While I don’t think that Patricia Arquette was trying to single anyone out in her call for equality among women, I think she definitely could have phrased it better. People are more sensitive than ever – especially in the US – towards discrimination, and especially towards discrimination towards the LGBT community and the minority community. People have also become focused on the politically correct way to say things, and Patricia might have stepped on a few toes because of that.