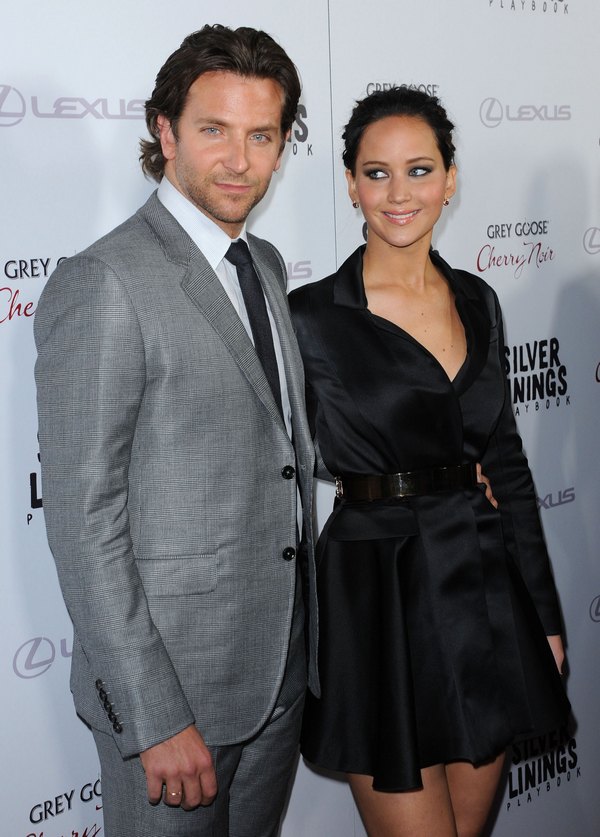 Apparently, their second collaboration, Serena, has been doing terribly at the box office. It’s already been released On Demand, and both the reviews and the audience reception has been fairly lukewarm.

A report from Star Magazine claims that the negative reception to the film has started affecting their working relationship, and Star’s ‘source’ adds, “The stress of having a turkey on their hands has taken its toll on their formerly electric chemistry. Their flirtatious friendship has disappeared. Nobody knows exactly why. The tension between Jennifer and Bradley is apparent to everyone.”

I highly doubt this story is accurate, if only because Jennifer Lawrence and Bradley Cooper have never really had a ‘flirtatious friendship‘. If anything, both of them have admitted that they treat each other like a brother/sister rather than romantic partners. For whatever reason, they do have a strong on-screen chemistry, but it’s not a chemistry that translates off-screen. Plus, I don’t think either Jennifer Lawrence or Bradley Cooper is losing any sleep over Serena’s negative reception, especially not when they’re filming a likely 2015 Oscar contender.

‘Joy’ has already been rumored as a surefire Oscar contender for 2015, and whenever David O. Russell teams up with Jennifer Lawrence and Bradley Cooper, they always seem to produce magic. And their past two collaborations have resulted in Oscar nominations galore, so I can’t imagine that this collaboration wouldn’t result in the same.

What do you guys think? Are Jennifer Lawrence and Bradley Cooper fighting over something as inane as their film doing badly on VOD? Or are they getting along with their lives, especially with Cooper now coming off his third back-to-back nomination? Let us know your thoughts in the comments below.