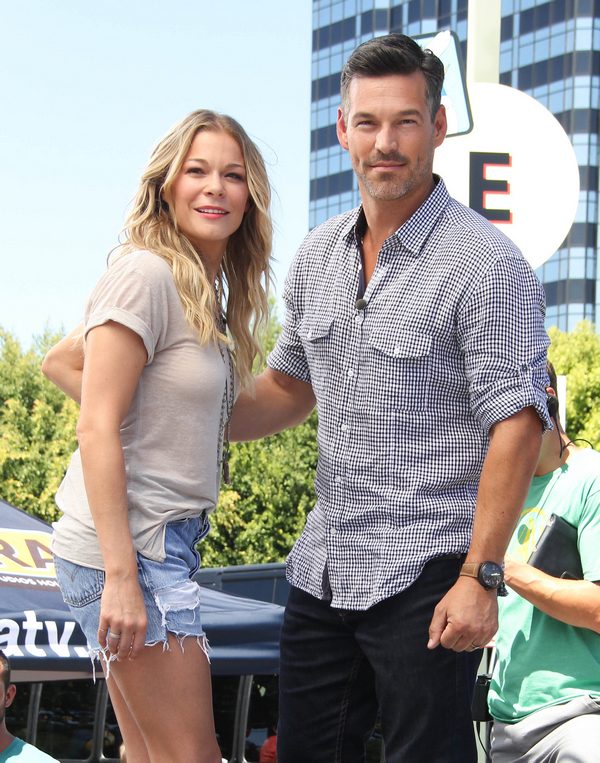 LeAnn Rimes and Eddie Cibrian have never had the most stable relationship in the world, and it’s not a huge surprise to find out that they’re having marriage troubles.

When they had their VH1 reality show, both of them – but especially Eddie – had to suck it up and pretend that their marriage was perfect. However, tabloid rumors have long suggested that Eddie Cibrian has a wandering eye, and that he’s been cheating on LeAnn Rimes all this time.

After all, if you consider how he cheated on Brandi Glanville to get with LeAnn Rimes, it wouldn’t be a stretch to assume that he would do the same thing again, no?

Star Magazine’s latest report also claims that Eddie and LeAnn are in a ‘rut‘, explaining, “They’re in a rut and she’s freaking out. It’s like Eddie doesn’t want to be alone with her for any extended amount of time. It’s a shock to her ego… she doesn’t want Eddie’s eye to wander, so she’s doing anything she can to keep him happy in the bedroom.”

And is that working? That sort of thing can only work for so long, especially if one of the parties involved has already mentally checked out. And for all intents and purposes, it really does seem like Eddie Cibrian checked out of this relationship a long, long time ago. He’s probably already cheated on LeAnn Rimes numerous times, and he’s just humoring her by staying with her. This way, he doesn’t have to deal with the drama of a divorce and having to go through the whole court procedure. But at the same time, he can still do what he wants, which is probably ideal for him.

What do you guys think? Is Eddie Cibrian cheating on LeAnn Rimes, and is that because they’re in a ‘rut’? Let us know your thoughts in the comments below.