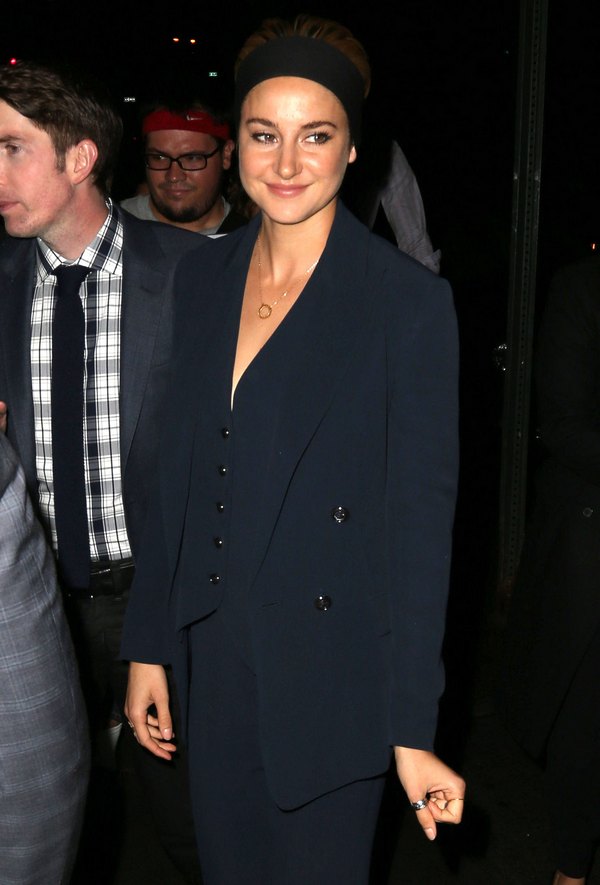 Shailene Woodley is currently promoting the Divergent sequel, ‘Insurgent‘. As such, she covers the latest issue of Glamour UK, and talks about everything from working with Kate Winslet to being approached for Fifty Shades of Grey.

We know, we know, practically every actress from the age of 18 to the age of 30 was approached for Fifty Shades of Grey. At the time, literally every other A-list and B-list actress was being rumored for the role, and Shailene had just come off the massive success of Divergent at the time.

However, Shailene reveals, “I wasn’t really interested … I’d already signed on for Divergent anyway. Also, I’d read the book and thought, ‘If somebody really can pull this off and make a movie out of it, they will be the biggest genius.’”

Well, somebody made a movie out of it… I don’t know if that qualifies as ‘pulling it off’. Fifty Shades of Grey is an unqualified success, no matter how you look at it. The movie made more than $80 million over opening weekend, and that’s significantly more than Divergent opened to. But at least with Divergent, Shailene can claim that she worked with Oscar-winning actors and a critically acclaimed supporting cast. Fifty Shades of Grey can boast neither, and for whatever reason, managed to ride the hype train to a giant profit and unbelievable buzz.

What do you guys think about Shailene Woodley’s comments regarding Fifty Shades of Grey? Do you think she was ever seriously considered for the role, and vice-versa? Or is she just being completely honest when she says that she never would have taken something like this? Two franchises is nothing to scoff at, despite claiming that she ‘already’ had Divergent. I mean, Jennifer Lawrence has X-Men and The Hunger Games, and she’s doing just fine, isn’t she?