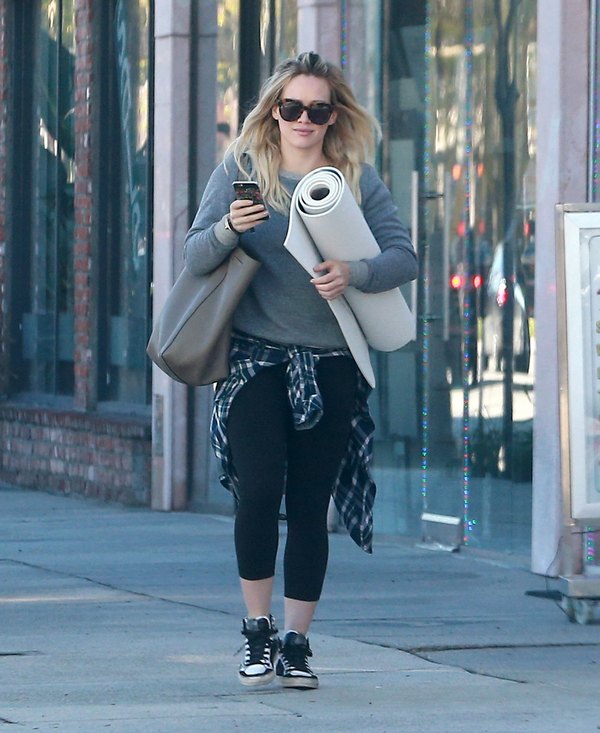 Hilary Duff officially filed for divorce from Mike Comrie last month, almost a year after they unofficially separated. Even though the couple clearly tried to make their marriage work – both for the sake of their son, Luca, and their own relationship – their attempts were clearly unsuccessful.

In an interview with Cosmo magazine, Hilary opens up about her divorce, explaining, “We spent the majority of our time together really happy. It wasn’t working well enough to stay together. There was still a lot of love involved. It was just a slow set-in of us not being the match that we used to be. I’m lucky for the person he is and I am and how we decided to handle this.”

Again, they clearly did try to make it work, even after they separated. Both of them insisted that they have been separated for over a year, but if that was the case, why wait until now to file that divorce? Since their separation, both Mike Comrie and Hilary Duff were spotted together numerous times, increasing rumors that they never actually went through with their separation. But at this point, it’s looking inevitable that they are finalizing their divorce proceedings.

It also looks though both Mike and Hilary are still on very good terms with each other, so I don’t think we’ll be facing a TMZ-level scrutiny on their divorce proceedings. It seems like both of them will go their separate ways, work out an amicable custody agreement for their son, Luca, and then try their best to stay on good terms for the sake of their kid. And because Hilary seems opposed to monogamy after one failed marriage, don’t be surprised if she refuses to get married again – or even refuses to date seriously again.