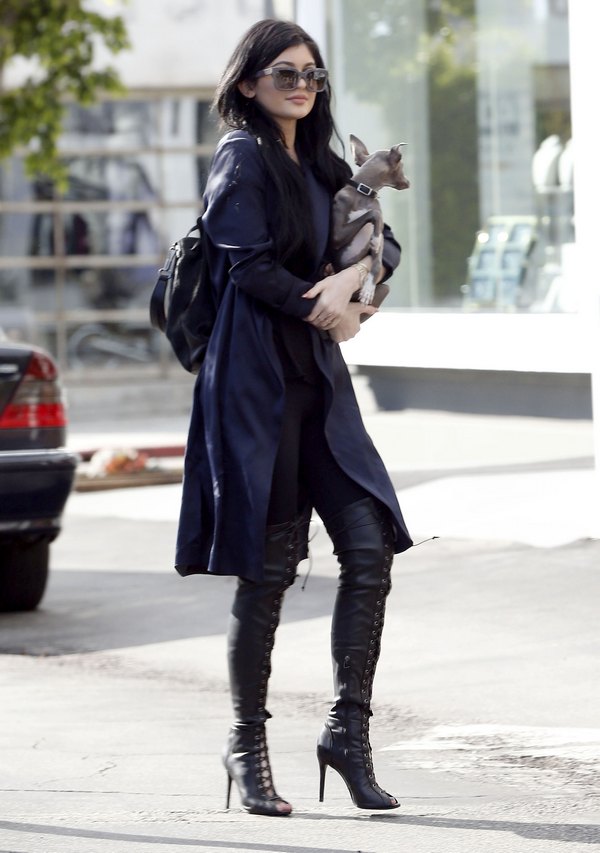 You know, I sometimes feel bad for the Kardashians, especially the younger ones. Kylie Jenner and Kendall Jenner can’t help the fact that they were raised by that vulture of a family, and they can’t help the fact that they grew up learning all the wrong values. So really, when they turn out to be massive famewhores obsessed with attention, becoming rich, and becoming even more famous – can you blame them?

For example, Kylie Jenner recently had a long interview with Fault Magazine, and she spoke about how she’s not materialistic. Um… ok.

She explained, “There’s definitely a spiritual side to me and I honestly want the best for everyone. I’m not materialistic, I love clothes and all that stuff, but I don’t need it to live… Having a reality TV show, everyone feels like they know you, but that’s only 10% of my life. There’s a whole other side of me that people don’t see.”

Yeah, except that 10% of your life is what ends up defining you in the media. It’s almost as though Kylie is trying really hard to convince herself AND us at the same time. But is it working? Not really. After seeing her grow up in front of the cameras and seeing the insane things that she spends her money on, we’re not going to believe that she’s not materialistic. Plus, Kylie has done absolutely nothing to convince us that she’s a spiritual person – apart from just saying it. Where is the evidence? Completely non-existent. She’s just saying it because she thinks it’ll sound cool, but at the end of the day, does anyone really believe her?

What do you guys think about Kylie’s claims? Do you believe that she’s ‘spiritual‘? Let us know your thoughts in the comments below.