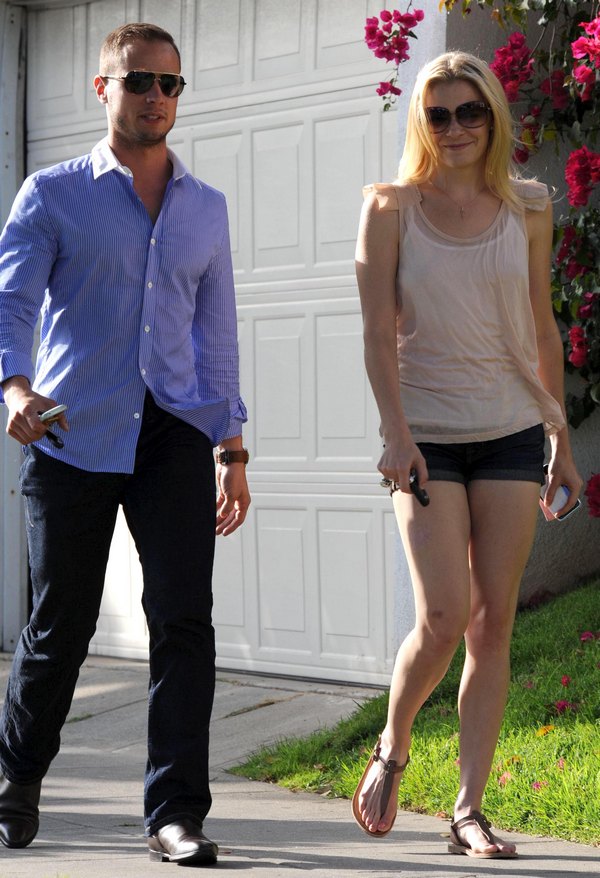 LeAnn Rimes and Eddie Cibrian are ‘happily’ married, but LeAnn’s romantic history is fraught with complications, as we all know. When LeAnn and Eddie first met on the set of their Lifetime movie, ‘Northern Lights’, both of them were married to other people – LeAnn to Dean Sheremet and Eddie to Brandi Glanville.

Although we regularly hear Brandi Glanville’s side of the story, we usually never hear from Dean Sheremet. However, Dean recently gave a long and extensive tell-all interview describing his feelings over LeAnn’s cheating and their divorce.

He first explains that he and LeAnn were ostensibly happy together, and that they both didn’t have any major issues plaguing their marriage. He also explains that he was the one who convinced LeAnn to do the Lifetime movie… although he obviously regrets that now. In addition to that, Dean also mentions that he met Eddie Cibrian and thought of him as a good-looking but shallow guy, and he never thought of him as a threat to his marriage. Wrong again.

Dean explains, “Never in a million years did I think something like that would have happened. The need for me in her life was so strong. There were things she couldn’t do without me. She had her own phone but never used it. People would call me to get to her. Everything went through me.”

He goes into further detail in the full interview, stating that he first realized that something was going on when he went away for a week and came back to set. He realized that the body language between LeAnn and Eddie had completely changed, and he figured out what had happened. The actual divorce still took a long time, but at that point, LeAnn had already put him through enough for him to fight back.

What do you guys think about Dean Sheremet’s interview? Let us know your thoughts in the comments below.