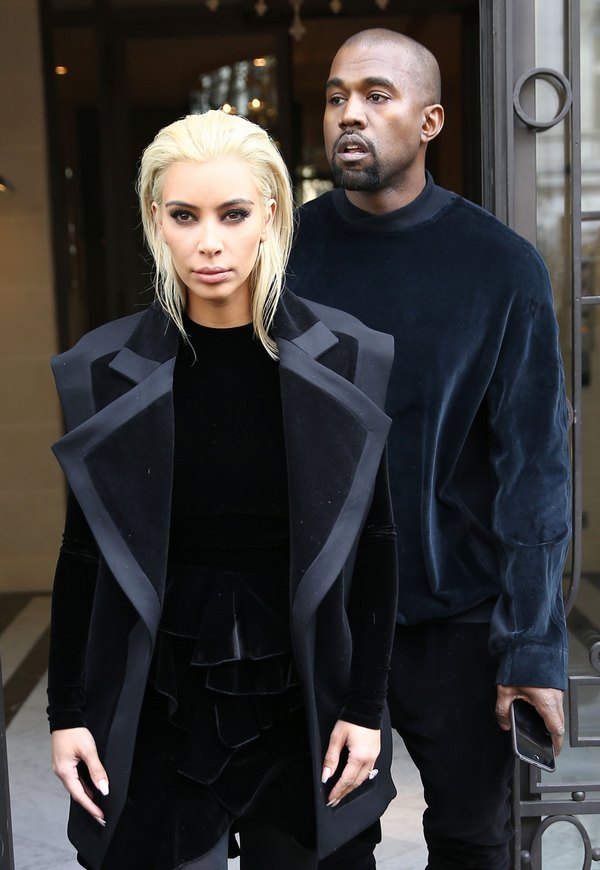 Kim Kardashian will never, ever learn, will she? She continues to experiment with her looks and her hair, even though she already knows what works best for her. She doesn’t have either the body or the face to keep experimenting with different hair styles and different hair colors, and yet, she keeps doing it anyway.

For example, it was bad enough that we had to deal with her blonde hair last year, and it was slightly better when she decided to chop off all her hair a few weeks ago. But now, getting that short bob remade into a platinum blonde almost-pixie cut? Yes, that’s right – Kim Kardashian has dyed her hair into an almost-platinum blonde color. Really, it’s more of a pee-yellow color, and for whatever reason, she probably thinks that she looks high-fashion.

She stepped out and debuted the new hair color during Paris Fashion Week, but she probably didn’t realize that she would be met with staunchly negative feedback. Nobody – and I mean, NOBODY – thinks that this new hair color is a good look for her, not even her supposed ‘fans’.

Plus, the blonde also emphasizes the sheer amount of plastic surgery that she’s gotten to her face, and it just looks ridiculous. She doesn’t look human anymore, but rather like some sort of frozen, Botoxed automaton. One wonders if this was Kanye West’s idea, but then again, who would voluntarily want their wife to look this bad?

What do you guys think of Kim Kardashian’s new hair color? Do you think it’s flattering [a.k.a are you blind?], and do you think she’ll go back to her old hair color once she sees all the negative feedback? Or will she stubbornly stick to the blonde hair and hope people change their minds? Let us know your thoughts in the comments below.