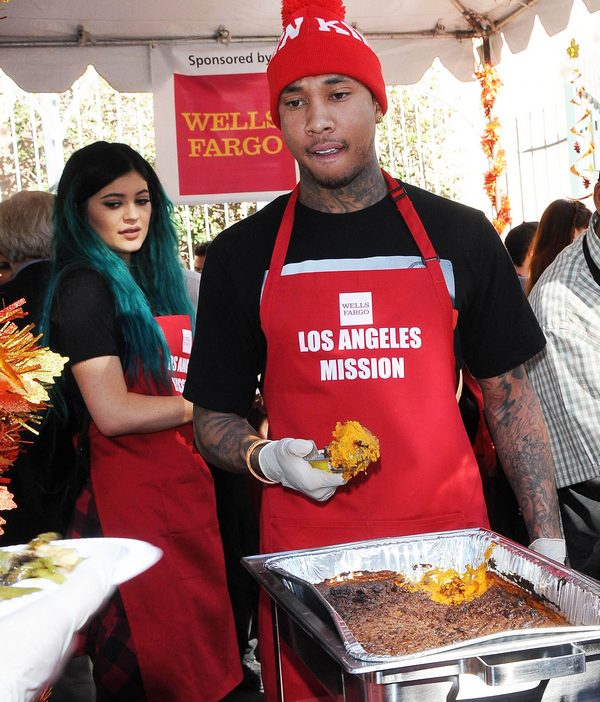 If the rumors are accurate, Kylie Jenner and Tyga are getting very, very serious. They’ve only been dating a few months [although they still deny that they’re dating at all], but sources close to the couple have admitted that Kylie and Tyga are seriously considering marriage as an option.

Radar Online’s source explains, “Kylie has asked her sisters what they think of getting married at a young age because it is something that she’d been talking about with him.” And of course, because the Kardashians are raised to think that fame and marriage to a famous celebrity are the biggest priorities in life, they think it’s a good idea.

Radar’s source also adds, “Her whole family would much rather see her settle down with someone who loves her rather than be with many men who will only use her for their own gain.”

Well, Kylie’s ‘whole family’ clearly has a skewed perception of who’s actually using her versus who actually loves her, especially in this scenario. Tyga is not nearly as famous as Kylie Jenner, and dating her has made him a household name. Sure, he’s a singer and has his fan base and career going, but getting married to Kylie Jenner would serve as a huge boon to his brand name.

Sure, we can’t definitively say that Tyga is using Kylie Jenner [or vice versa], but Kylie marrying anyone at 17-years-old is a bad idea. The Kardashians aren’t exactly revered in our society, and we’ve seen how many mistakes they make on a regular basis – especially with the parenting decisions. So even if they’re full on board the idea of Kylie marrying Tyga, they should think about it more than once before they give her the go-ahead – likely another few years, when she’s slightly older and can make more rational decisions.