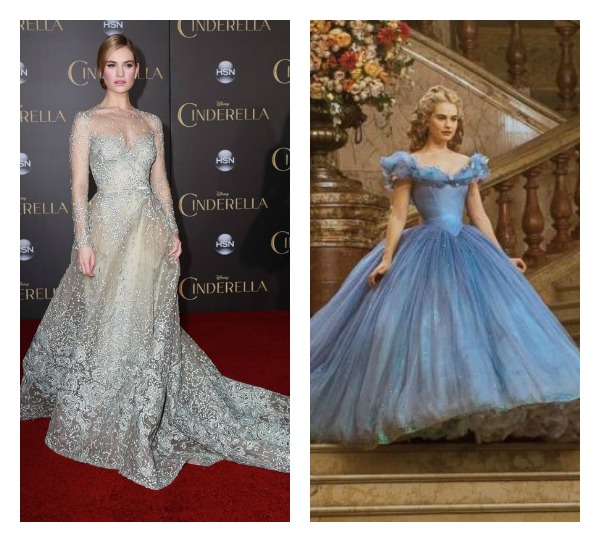 Lily James is currently promoting Cinderella, but she’s facing a lot of difficulty with what has been dubbed the ‘waist controversy‘.

For those of you unfamiliar the waist controversy, it’s basically the Internet freaking out over promotional stills and images released by Disney that showed Lily James sporting an extremely tiny waist in her big Cinderella gown.

Now, people have been assuming that the waist is definitely photoshopped, because how can that be a real waist, right?

However, Lily [in a long interview with Huffington Post] stated, “On one hand, it’s upsetting. On the other hand, it’s just boring. Why do women always get pointed at for their bodies? And why is this whole thing happening that I’m constantly having to justify myself? International Women’s Day has just gone, and it just feels just a bit sad that it’s still happening. And, you know, I’m very healthy and I always have been.”

Richard Madden, Lily’s co-star in the film, has verified that it was indeed Lily’s ‘real waist’ that was shown in the movie. However, I think they’re misconstruing what the controversy was about, which was not necessarily Lily’s waist. Instead, it’s the fact that the promotional images released by Disney looked photoshopped, revealing an even smaller waist than Lily James sports in the movie.

At the end of the day, studios photoshop all their images so this shouldn’t come as a big surprise to anyone. But at the same time, this is a movie marketed to young girls and so the studio really should have done a more thorough job of setting a good example and a good body image. It IS Cinderella, which means the story is still fairly traditional and by-the-book. But with the recent spate of revisionist feminist stories coming from Disney, the least they could have done was leave Lily’s real waist in, no?

Images Via Fame/Flynet and Disney