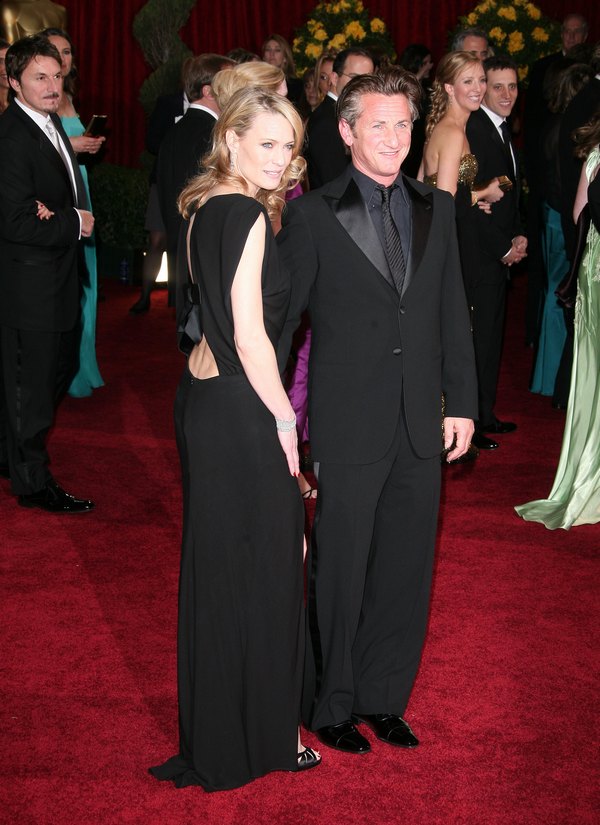 Robin Wright and Sean Penn have always had a volatile relationship with each other, so much so that it became public knowledge. The two would reportedly fight all the time, which made their marriage and their family life miserable. In fact, it seems like both of them have been significantly more happy – both with their careers and their personal lives – since their divorce.

Sean Penn has been happily ensconced in happy couple-dom with Charlize Theron, and Robin Wright has been dating Ben Foster. And in a new interview with Vanity Fair, Robin reveals that she’s happier dating Ben than she ever was being married to Sean. Ouch.

She opens up about the divorce, explaining, “I’m not in the business of talking about what ‘isn’t,’my eyes are set forward and I’ve never been happier. I have too much respect for Sean and our two extraordinary children to sell our past joys and woes for public consumption and fodder.”

However, she also adds, “I believe we were together not only to have our beautiful children, but to learn how to love … for the next time around, the right way. And then, what I’m looking for in people now is kindness.”

Well, she’s as polite as she could possibly be in that situation, right? She can’t exactly start ranting and raving about Sean Penn’s anger issues and his rumored violent tendencies. Plus, if she begins badmouthing him in public, Sean will retaliate – and she knows that. He’s not above dissing his exes in interviews, especially if he’s in an unhappy mood.

What do you guys think about Robin Wright’s comments regarding her divorce and her new relationship with Ben Foster? Do you think she was holding back, or was she subtly dissing Sean with all her comments? Let us know your thoughts in the comments below.