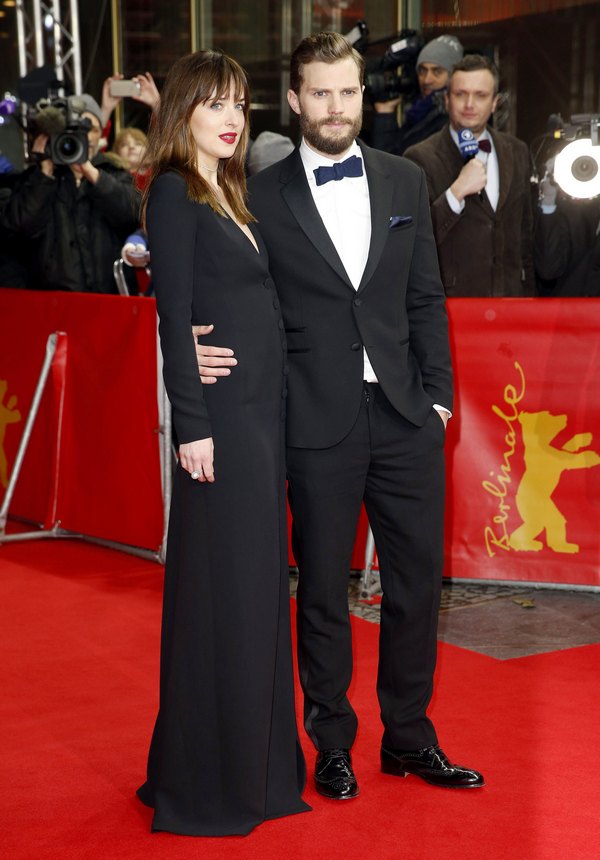 Dakota Johnson and Jamie Dornan are now household names thanks to the phenomenal success of ‘Fifty Shades of Grey‘, and that means that they can ask for significant raises for the sequel.

According to OK! Magazine, those raises can even round up to $20 million dollars, when all is said and done. OK’s source elaborates, explaining, “The word is that they’re asking for at least $20 million each, plus a percentage of the back end, which could be substantial if the next film is as big as the first.”

$20 million is so ridiculous, I don’t even know where to begin. Let’s play a little game of compare and contrast, shall we? ‘The Hunger Games’ made $400 million+ when it came out in 2012, and the LEAD star, Jennifer Lawrence, only got a raise of $10 million for the next film.

When a movie that made THAT MUCH profit only results in the MAIN star getting a $10 million raise, what makes anyone think that Jamie Dornan and Dakota Johnson will be getting double that? Fifty Shades of Grey is a massive success, sure, but it’s nowhere near the level of the Hunger Games – and as such, their salaries will reflect that.

Plus, neither one of them is an Oscar nominee or even a well-known actor to be demanding this much money. They can ask for significant raises, and most legitimate outlets reported that both Dakota and Jamie are asking for seven-figure raises, at most. Eight figures is completely off the table, despite what the rumor mill is churning out.

What do you guys think? Would Jamie Dornan and Dakota Johnson have the gall to ask for $20 million for the Fifty Shades of Grey sequel? Or will they stick to asking for a few million, and be happy with it? Let us know your thoughts in the comments below.