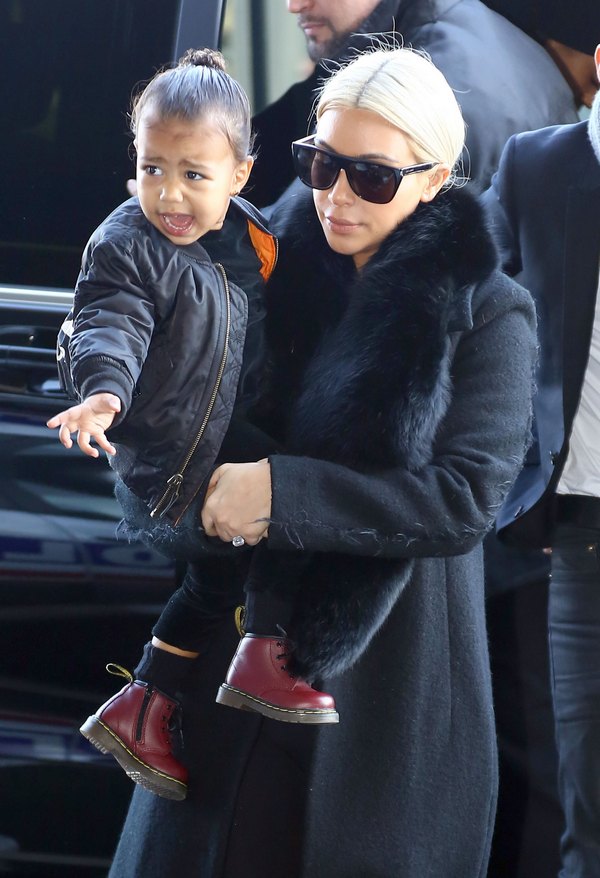 Kim Kardashian is reportedly taking a break from trying to get pregnant with Kanye West’s child. Yes, most people didn’t even know that Kim and Kanye were trying for another child, but there’s the Kardashians for ya.

To be fair, Kanye West has always been vocal about wanting lots of children, and I think the only reason it’s taken them this long to start trying is because he had to convince Kim. For those who don’t remember, Kim Kardashian had an extremely torturous first pregnancy, largely because she ballooned up to a massive weight and became the tabloids’ punching bag. And instead of staying at home and staying out of the spotlight, the attention seemed to have spurred her on even more.

At the end of the day, Kim apparently has other priorities right now, even though Kanye still wants another kid. Radar Online’s source explained, “Kim has been taking a break from trying to get pregnant. She really, really wants to give North a sibling, but she is saying that she has been too stressed about it so she has stopped trying for now.”

And what is this stress caused by? I’m not really sure, but whatever it was, it apparently wasn’t enough to stop her from dyeing her hair platinum blonde or attend Paris Fashion Week.

Let’s call a spade a spade – Kim Kardashian doesn’t want to go through gaining weight again. I predict that this ‘break’ from trying to get pregnant will turn into a permanent plan, if she just manages to get Kanye West on board said plan.

What do you guys think? Is Kim Kardashian planning to get pregnant again, or is she slowly trying to convince Kanye that another kid is not going to happen [especially if she has medical issues]? Let us know your thoughts in the comments below.