Kim Kardashian Had Fillers In Her Nose, Cheek, And Chin – Excessive Plastic Surgery? 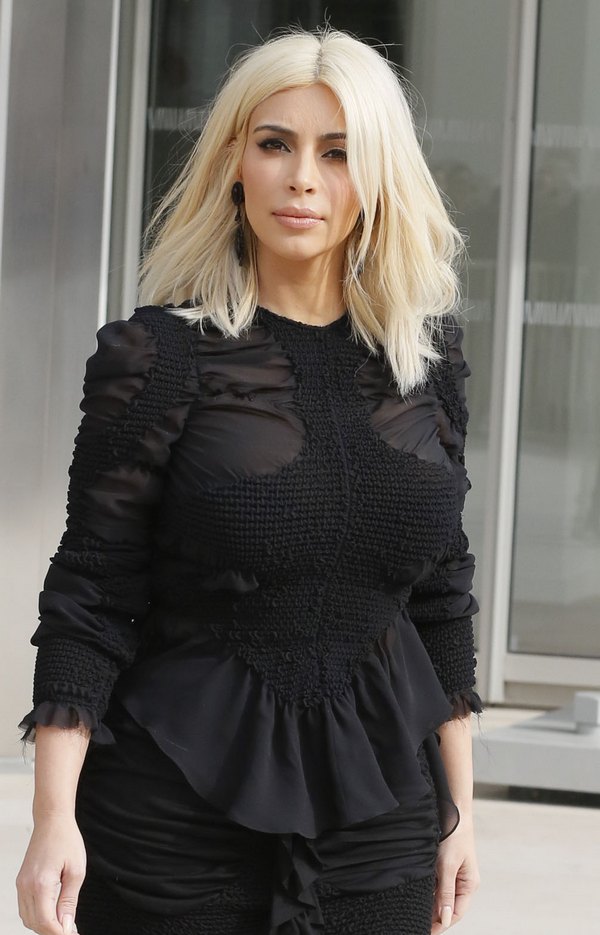 The truth is, it’s starting to show on her face. I mean, Kim Kardashian looks like a different person now than she did ten years ago, before she became famous. Her entire face has changed, and not for the better. The excessive plastic surgery has made her entire face more feline, and she no longer looks human in the wrong lighting and from the wrong angle.

The worst part is – she shows no signs of slowing down! According to US Weekly’s report, Kim has been extremely vigilant about her plastic surgery and filler upkeep, even though she’s clearly going overboard. Her face looks frozen, her lips look insane, and with her new platinum blonde hair, she looks more like a statue or alien than an actual human being.

Granted, the Kardashians are addicted to plastic surgery, and ain’t no better example of that than Kim Kardashian. Kim is so used to the changes in her face that she’s no longer able to look at herself objectively, and we already know she doesn’t care what the media thinks. If outlets like US Weekly are publishing reports on how Kim is going overboard on fillers, that means that the Kardashians are well aware that this is the image they’re putting out there – and they just don’t care.

What do you guys think about the differences in Kim Kardashian’s face? Do you think she needs to cool down on the plastic surgery, or has that become a part of her ‘brand’ now? Let us know your thoughts in the comments below.