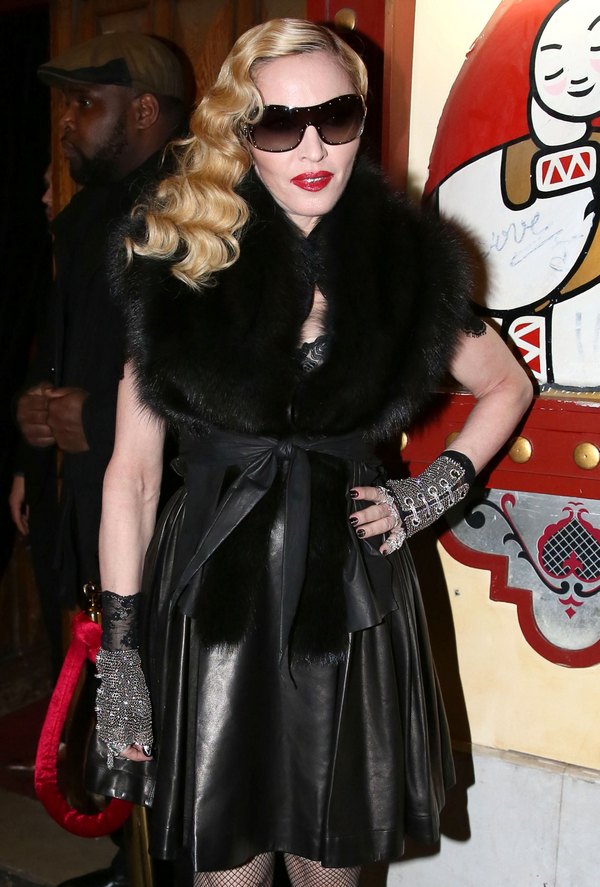 Madonna‘s marriage to Guy Ritchie was always strife with conflict, something Madonna completely acknowledges whenever she speaks about it.

In an interview with Hello Magazine, Madonna once again mentions how unhappy she was during that marriage, explaining, “I did sometimes find myself in a state of conflict. There were times when I wanted to express myself as an artist in ways that I don’t think my ex-husband was comfortable with. There were times I felt incarcerated. I wasn’t really allowed to be myself.”

Since her divorce, Madonna has been dating a series of boy toys, something she fully acknowledges and recognizes. However, she does add that there’s a significant double standard with men and women in this regard, explaining, “It’s OK if Mick Jagger dates a 25-year-old girl but if I date a 25-year-old man I’m, you know… it’s ridiculous. It’s so unfair, I mean, I don’t get it.”

While she has a solid point, the fact of the matter is that Madonna is more famous than Mick Jagger – and thus, her love life is bound to get more attention. Plus, most people who criticize the age differences in these sorts of couples DO mention both Mick Jagger and Madonna, not one or the other. But again, Madonna is more high-profile and draws more attention in general, both from the public and the tabloid/media world.

What do you guys think about Madonna’s comments regarding her unhappy marriage to Guy Ritchie, and how she’s since moved on with men that are… well, let’s just say significantly younger than her? Do you think it’s fair for her to call out the sexism in that regard, or is she just finding reasons to explain away the criticism for her dating boy toys? Let us know your thoughts in the comments below.