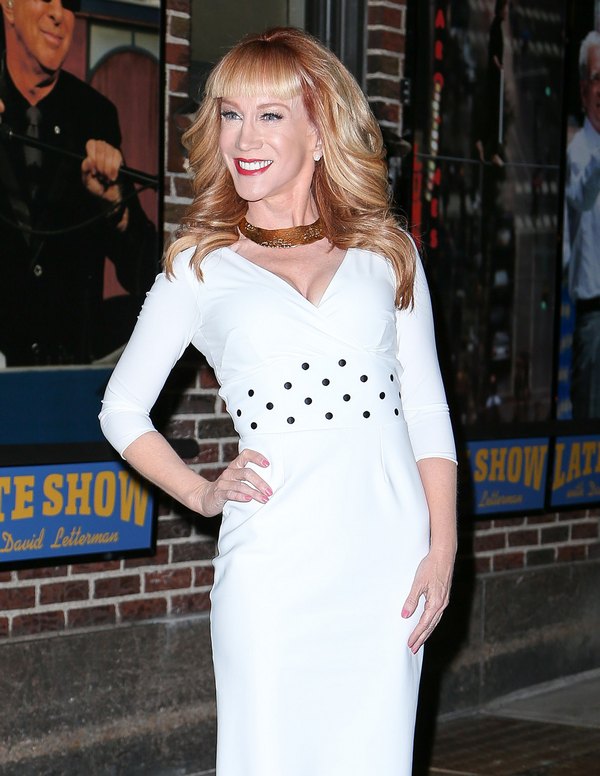 Kathy Griffin has quit The Fashion Police, citing the direction of the show as the reason for her departure. This shouldn’t come as a surprise to anyone that’s been following the Fashion Police mess over the last few weeks, considering how much controversy they’ve been causing.

First, the whole situation started when Giuliana Rancic made some very racist comments regarding Zendaya’s dreads at an awards show. Obviously, it immediately went viral, and while Giuliana did apologize, the damage was done. Kelly Osbourne vocalized her disapproval of Giuliana’s comments, which later led to Kelly getting fired/choosing to leave the show.

Obviously, E! immediately tried to find a replacement, but in general, the show has been floundering since Joan Rivers’ death. And now, it’s being reported that Kathy Griffin has also chosen to leave the show. And why does she want to leave? Well, she doesn’t put in quite these exact words, but pretty much, Guiliana’s racist comments.

Kathy explains, “My brand of humor, while unrepentant and unafraid, is all about CONTEXT. There is plenty to make fun of in pop culture without bringing people’s bodies into it. Listen, I am no saint – I’m a feminist AND a Gurrrl who loves an offensive joke or a well-timed barb and you will find plenty in my repertoire. But I do not want to use my comedy to contribute to a culture of unattainable perfectionism and intolerance towards difference.”

She’s more or less telling everyone that Fashion Police has become too racist and too intolerant for even her, which says quite a lot about the show in general. Joan Rivers somehow managed to pull off the offensive humor without becoming too offensive or racist, but obviously, neither Giuliana Rancic nor anyone else could follow in her footsteps. So can you blame Kathy Griffin for wanting to leave?