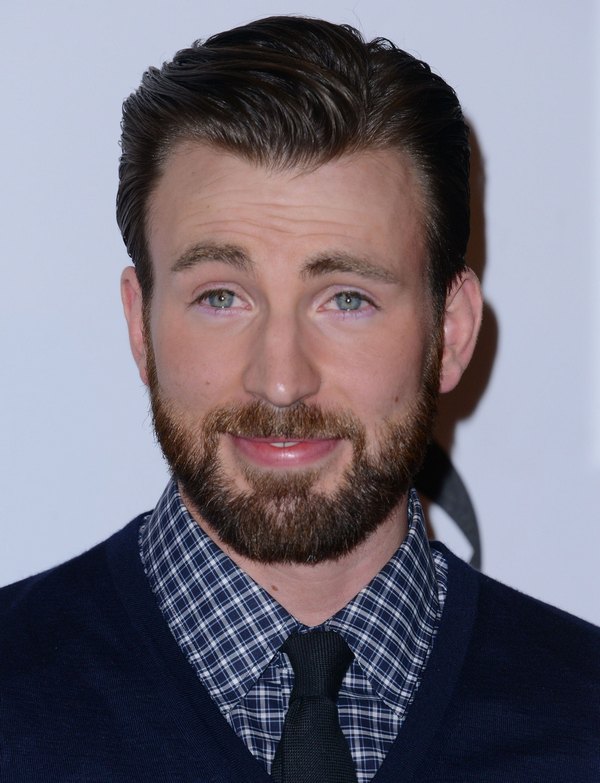 Chris Evans and Lily Collins are supposedly dating, which makes them one of the strangest couples to exist in Hollywood right now.

According to a report from US Weekly, Chris and Lily first met at Vanity Fair’s post-Oscar party held last month, with sources adding, “It’s just the beginning stages. But they’re having a lot of fun and seeing where it goes.”

Having ‘a lot of fun’ for publicist speak means that this is nothing serious, but it’s being used primarily as a PR distraction. Now, Lily Collins is a bright young star who seems like she’s holding her own in the pits of Hollywood, but at the same time, she’s got nothing in common with Chris’ old girlfriends.

Chris was in a very long on-again/off-again relationship with Minka Kelly that never really went anywhere, so it’s possible that he’s trying something new – or that this is just a large ruse to distract the media from who he’s really dating.

Or Chris Evans and Lily Collins really are dating… If the two met at the Vanity Fair party and flirted for a bit, I’m sure there are several sources that could have been waiting to leak that information. But following that line of reasoning, does that mean that they’re going to turn into a couple? They’ve been seeing each other casually, which it seems like every male and female in Hollywood has done at some point. Usually, these types of ‘relationships’ don’t really go anywhere, so it’s highly unlikely that this will lead somewhere – just like with Chris Evans and Sandra Bullock.

What do you guys think? Are Chris Evans and Lily Collins dating? Or are they merely ‘hanging out’, a.k.a. hooking up without anything more serious going on? Let us know your thoughts in the comments below.