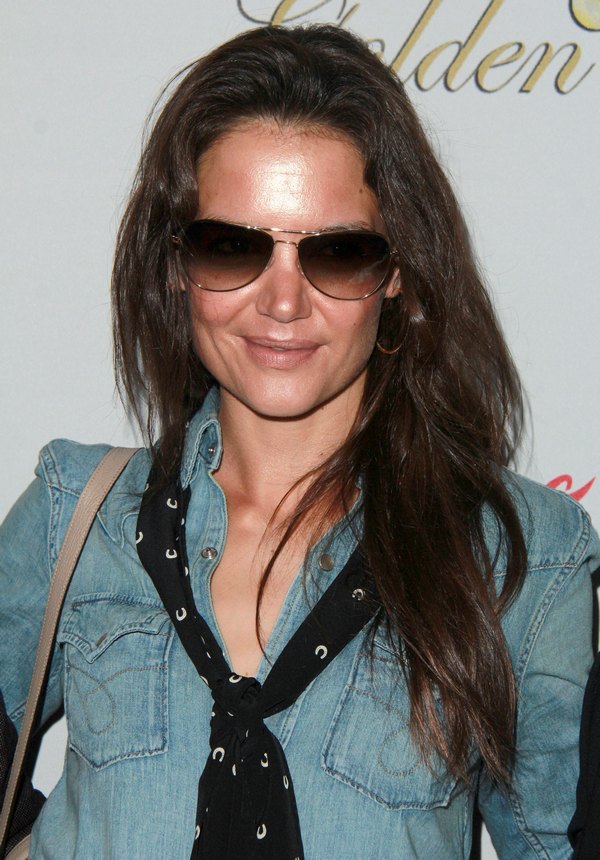 So all those reports that came out a year agree stating that Jamie Foxx and Katie Holmes were dating turned out to be right. Well, maybe not ‘right’, but they were definitely more accurate than all the other reports suggesting that Jamie and Katie were JUST FRIENDS.

Perhaps because the rumor mill was set to spin another story on the rumored couple, People Magazine and US Weekly have both come out with simultaneous reports on what Jamie Foxx and Katie Holmes are doing. And the conclusion? Well, it’s still uncertain, but the reports seem to be suggesting that they are friends with benefits.

People’s source even explains, “This is not some intense romance. Jamie and Katie are friends and have been for a long time. They are two adults who are attractive and single, and so apparently conclusions will be drawn. But contrary to those conclusions, they’re not about to run off and make some serious commitment.”

So they’re going out of their way to tell you that Jamie Foxx and Katie Holmes are spending a lot of time together, but they’re not dating, exactly. So what are they doing? Well, if they’ve ‘hung out’ for more than a year, I think it’s safe to say that their relationship is more than just casual. Sure, the report is clearly suggesting that Jamie and Katie are friends with benefits but nothing more – and it’s possible. But at the same time, when they’ve already been spending 1+ years together, it’s clear that they’re in it for the longer haul.

Now, I’m not saying that Jamie Foxx and Katie Holmes will get married or become any more serious. But I think these reports are dismissing this as something that’s completely casual, when there’s a little more to it than that.

Do you guys agree or disagree? Let us know your thoughts in the comments below.