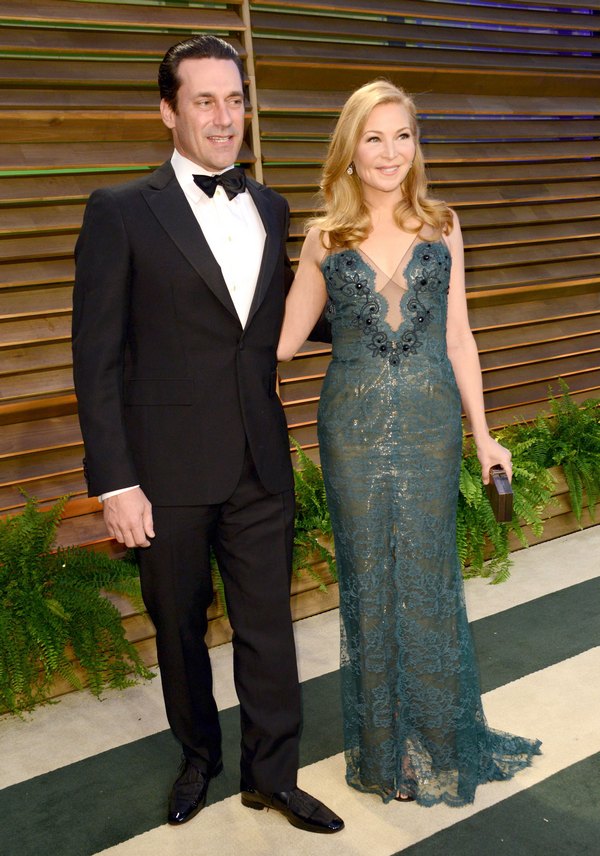 John Hamm fans can put their “RELEASE THE HAMMACONDA” signs away. The ‘Mad Men‘ star has left rehab…just in time to promote the final season of the show.

Jon had checked into the Silver Hill Hospital in New Canaan, Connecticut, and spent 30 days battling his alcohol addiction. His rep issued a flowery statement requesting personal space for the actor.

“With the support of his longtime partner Jennifer Westfeldt, Jon Hamm recently completed treatment for his struggle with alcohol addiction. They have asked for privacy and sensitivity going forward.”

This might not be shocking as his character, Don Draper, drinks whiskey like’s apple juice. I’ve always wondered what was actually in Hamm’s cup during filming. John is consummate professional and wouldn’t be drunk on the job, but maybe he gave method acting a whirl?

Last year Hamm had insisted to People he wasn’t into the “partying” scene and before he landed bigger paying roles, he couldn’t afford to have an addiction…

“There were a couple years I was living on $5000, [so] that’s a pretty effective way to avoid that. I was never into the club scene. I have a couple friends who run clubs and they’ll call and say come out! And I’ll go and say, ‘Oh yeah, I forgot I don’t like this. I feel like everybody’s uncle or grandfather. I’m too old.'”

National Enquirer had painted a different side of Jon in 2011 as Celebitchy points out.

“Friends of Jon Hamm fear that he is taking after his hard-drinking TV character Don Draper – and if he doesn’t back off the bottle, he could land in rehab. Hamm was spotted July 1 stumbling out of Little Dom’s restaurant in LA with his longtime girlfriend Jennifer Westfeldt.”

Whatever Hamm’s drinking problem is, it’s good to see him get help.

Jon Hamm Spotted On the set of “Mad Men” (Photos)