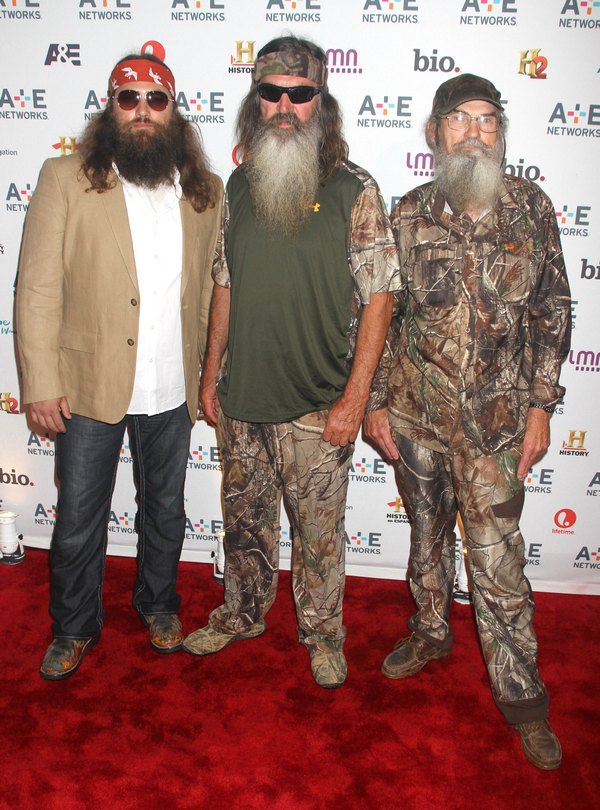 Phil Robertson’s demented atheism rape and murder speech at a Florida prayer breakfast has proved two things. One – this man does not know what atheism is. Two – he needs mental help.

The ‘Duck Dynasty‘ star is notorious for his strong religious beliefs, which is great. Stand up for what you believe in, but Phil unleashed a speech full of ignorance and judgement regarding atheism. The fictitious story Robertson concocted was broadcast by the conservative radio program TruNews…

“I’ll make a bet with you. Two guys break into an atheist’s home. He has a little atheist wife and two little atheist daughters. Two guys break into his home and tie him up in a chair and gag him. And then they take his two daughters in front of him and rape both of them and then shoot them and they take his wife and then decapitate her head off in front of him. And then they can look at him and say, ‘Isn’t it great that I don’t have to worry about being judged? Isn’t it great that there’s nothing wrong with this? There’s no right or wrong, now is it dude?’”

“Then you take a sharp knife and take his manhood and hold it in front of him and say, ‘Wouldn’t it be something if this [sic] was something wrong with this? But you’re the one who says there is no God, there’s no right, there’s no wrong, so we’re just having fun. We’re sick in the head, have a nice day.’”

“If it happened to them, they probably would say, ‘something about this just ain’t right.”

Lets take a look at what atheism is. Atheism is the rejection of the belief in the existence of deities. That means atheist don’t believe in God, Buddha, Zeus, Jehovah, Allah, or Satan. Many tend to associate atheism with some sort of evil, demonizing those who simply don’t believe in their god as Satan’s minions. It’s completely inaccurate as atheists – by definition – don’t believe in Satan either.

In this speech, Phil equates atheism with a lack of morals – not knowing/caring about right and wrong because the don’t believe in a god to instill them. How is a god required for morality? Does he mean that without a god, humans would just run around killing each other? Raping each other? Without god, it would be “fun” to castrate someone?”

Bottom line – there are good people and bad people in the world. Not all good people believe in god, and not all bad people don’t believe in god. Hitler claimed to be Christian, even growing up in Catholic environment occasionally aiding the church as an alter boy, later promising Catholics freedom to practice during his Nazi-fueled rule. It’s easy to see Hitler was not a true Christian or Catholic, but true Christians or Catholics wouldn’t judge others either.

Phil is no stranger to saying horrible, inaccurate things. Robertson compared homosexuality to bestiality and called AIDS a punishment for immorality. A&E suspended the ‘Duck Dynasty’ star, but quickly reinstated him after the entire family refused to do the show with out Phil. Bowing to money, the network caved.

Has Nathan Lane Joined the Cast of Duck Dynasty ?!?!