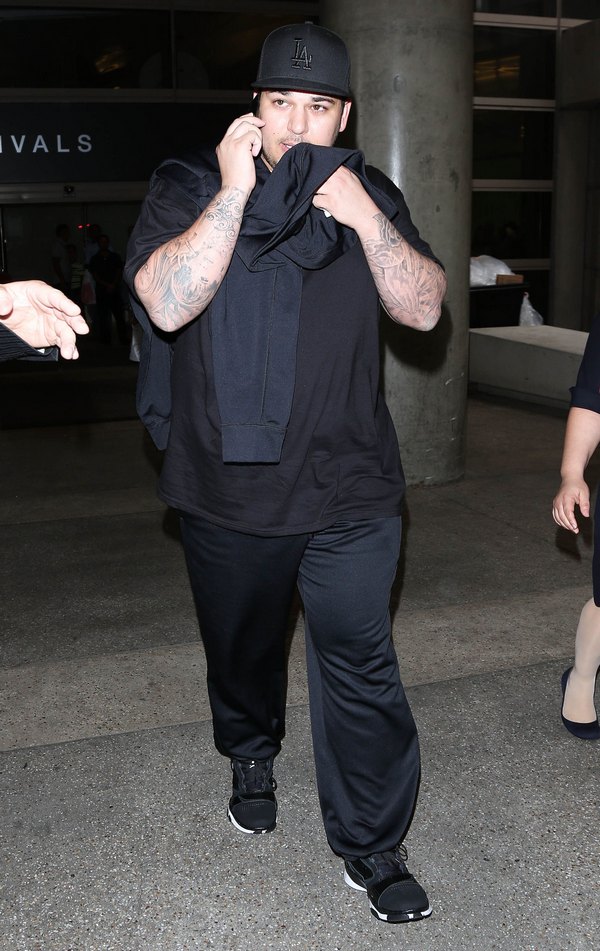 Rob Kardashian is currently at war with the rest of his family, which means a lot of tweets and Instagram photos decrying his sisters and his mother. In fact, he recently compared Kim Kardashian to the psycho killer from Gone Girl, so we know that his family relations have clearly deteriorated beyond the point of return.

However, it looks like there’s more to this story than simple sibling rivalry. According to People Magazine, Rob Kardashian is actually dealing with depression. People’s source explained, “He’s sad, he’s bitter, he’s single. He is very depressed and has been [for a while]. It’s really hard for him that his sisters are so public and he looks like the shut-in.”

His family has reportedly tried staging an intervention for him and getting him help, but it hasn’t worked. People’s source adds, “He is very against therapy and any kind of rehab. But his family will continue to push for him to get help until he does. The attitude has always been that when Rob gets his act together, starts working out and loses weight, everything will be good and he will be happy. But behind the weight gain is this very unhealthy mental state that he keeps struggling with.”

Well, there’s also the fact that his sisters and his mother keep speaking for him to the media, which has got to make him angry. We’ve already seen that Rob doesn’t like the spotlight, and part of his issues probably stem from the attention that the rest of his family gets. However, there’s really not much he can do about it, especially at this point. He really should just listen to his family and seek help for his depression [and his alleged substance abuse issues], but from what these reports are saying, he’s hell bent on avoiding his family at all costs right now.