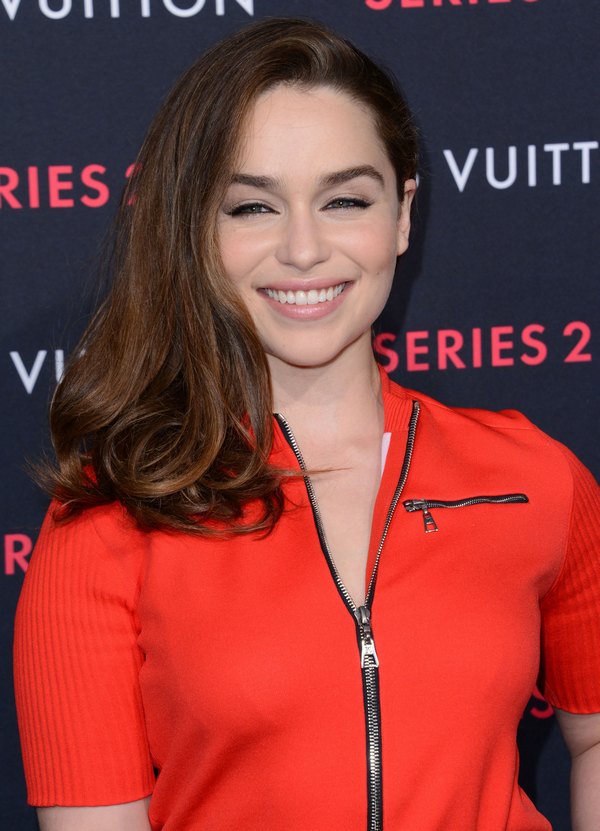 Emilia Clarke was one of the most consistently mentioned names when Fifty Shades of Grey casting was first starting out, but Emilia recently revealed in an interview that she actually turned down the lead role of Anastasia Steele.

Is it just me, or are there a LOT of actresses that keep stating that they turned down the lead role? At this rate, it’s starting to look as though Universal and the Fifty Shades of Grey producers went to every eligible actress under the age of 35, and Dakota Johnson was like their 10th choice.

Anyway, Emilia is featured on the new issue of The Hollywood Reporter [to promote the upcoming season of Game of Thrones], and she mentions that she turned down the lead role in Fifty Shades of Grey, explaining, “No regrets… I’d done nudity before and was concerned with being labeled for doing it again.”

Well, she’s now one of the biggest names on Game of Thrones so she really can demand whatever she wants. Plus, Emilia clearly has made an effort to reinvent her image into the action star mold, especially since she’s chosen to make the new Terminator reboot her first high-profile role after Game of Thrones.

It’ll be interesting to see what other names come forward and admit that they were offered the lead roles in Fifty Shades of Grey. We’ve already had several come forward, but I actually believe that Emilia had serious talks with the director and studio. She was a well known name, she was a fan favorite, and she definitely had the ‘look’ the studio was going for. However, at the end of the day, it seemed like no semi-established actor or actress wanted to touch the lead roles with a ten foot pole.

What do you guys think about Emilia Clarke’s comments? Let us know your thoughts in the comments below.