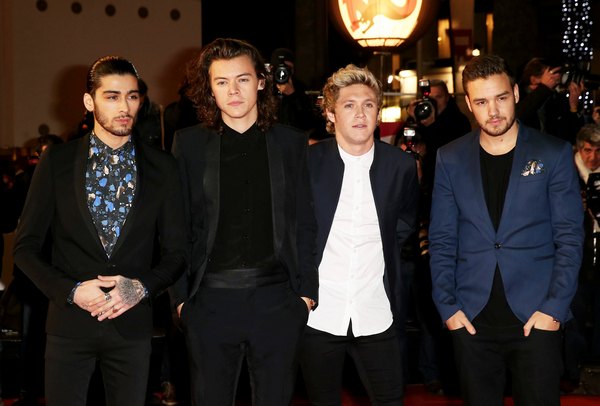 Zayn Malik announced his departure from One Direction yesterday, leaving massive hysteria and crowds of crying teenage girls. His reason for leaving? He wanted to live like a ‘normal 22-year-old’, away from the fame, the attention, the spotlight, and the difficult working hours.

However, just one day after he announced his departure, he was spotted in the recording studio. Dun dun dun. What does this mean? Well, either he’s a complete idiot or the people advising him are complete idiots.

People Magazine’s sources are claiming that Zayn’s One Direction bandmates – and really, Zayn’s entire network of friends, family, and team – are feeling misled and betrayed by Zayn right now. After all, the reasons he gave to them [and the world] for leaving the band don’t seem to be holding true anymore, do they? He said he wanted to live life like a normal 22-year-old, but normal 22-year-olds don’t go into recording studios and record singles. Nor do they go and attempt a solo music career, days after leaving their highly successful and lucrative band career.

People’s sources add, “He told everyone in the band and management that he wants to live a normal life and the next thing you know he’s going into music studios and doing interviews with tabloids. Everyone feels a bit misled and thinks he was lying about wanting to live a normal life.”

And they have every right to feel misled… If Zayn Malik really is recording a solo track at the recording studio, then he straight-up lied to his One Direction bandmates. And truthfully, that’s more disrespectful to the people that he’s worked with for four years than leaving them because he wanted to live a normal life.

What do you guys think about Zayn’s sneaky tactics? Let us know your thoughts in the comments below.