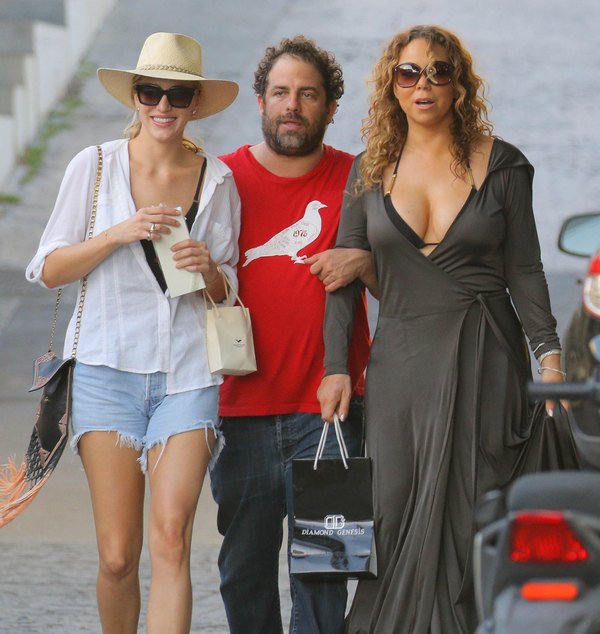 Even though Brett Ratner already went to People Magazine to deny the rumors, TMZ’s sources confirm that he and Mariah are all over each other. Apparently, Mariah Carey is completely over Nick Cannon and is fully ‘into’ Brett Ratner.

For what it’s worth, Mariah Carey and Brett Ratner have been friends for years, which also says something about Mariah’s taste. Remember, this is the same guy who has made disgusting, racist, homophobic statements in public, only to backtrack and pretend that he didn’t mean any of them. Seriously, he and Mariah can have each other..

Granted, Mariah Carey might also be using Brett to make Nick Cannon jealous. Whatever you think about the guy, Brett Ratner is considered a power played in Hollywood, especially since he recently landed a major multi-million dollar studio deal. He’s able to finance and distribute movies on his own, should he be so willing, and that puts him at the top of the industry in terms of power.

Of course, that also explains why Mariah is latching on to him now. She saw Nick Cannon moving on with a bunch of younger models, she got jealous, and she decided to go in the complete opposite direction – get together with a rich and powerful older guy, probably as a giant f u to Nick Cannon.

What do you guys think about Mariah Carey and Brett Ratner hooking up and/or dating? Do you think they’re a good couple? Let us know your thoughts in the comments below.