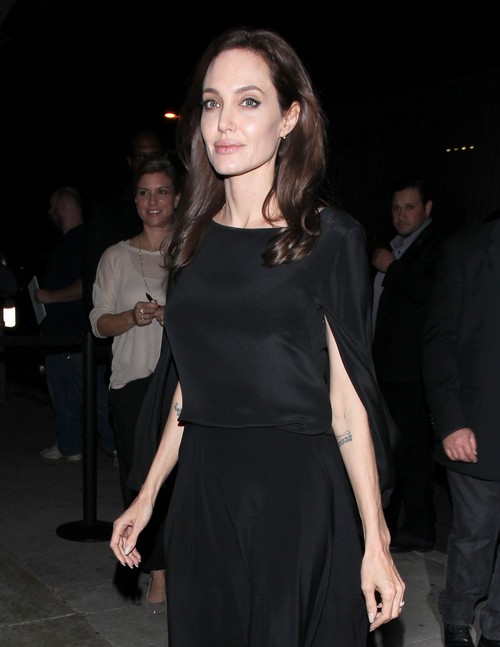 Angelina Jolie has been named the world’s #1 feminist icon [based on research conducted by feminist fashion house roseandwillard.com], beating out the likes of Emma Watson [for the HeForShe campaign] and Germaine Greer, one of the world’s most famous voices on feminism.

However, Emma Watson does come directly in second place, probably for her work as UN Women Goodwill Ambassador and as the creator of HeForShe. The third spot went to Caitlin Moran, the author of ‘How To Be A Woman’ and outspoken feminist/journalist.

Taking fourth place was Jennifer Lawrence, who gained a spot on the list because of her mature response to the leaked nudes of herself. And finally, Germaine Greer came in fifth place, which is surprising considering how synonymous her name is with modern-day feminism.

A spokesperson for roseandwillard.com released a statement about the research, saying, “We are driven by the empowerment of women and celebration of their femininity, which Angelina Jolie embodies perfectly. The poll shows that this is the brand of feminism currently favoured by the public.”

Well, most of the names on the list are actresses or A-list celebrities, so of course that’s the brand of feminism favoured by the ‘public’. The general public happens to be in tune with celebrities more than they are with people like Germaine Greer and Caitlin Moran, which is why it’s encouraging that these two even placed in the top five.

Angelina Jolie and Emma Watson have done enough for women’s rights that their spots are also justified, but Jennifer Lawrence? I’m not sure that handling leaked nudes well should place her above all the other feminist icons of today’s day and age, but she is one of the most famous people on the planet…

What do you guys think about the top five female feminists? Let us know your thoughts in the comments below.