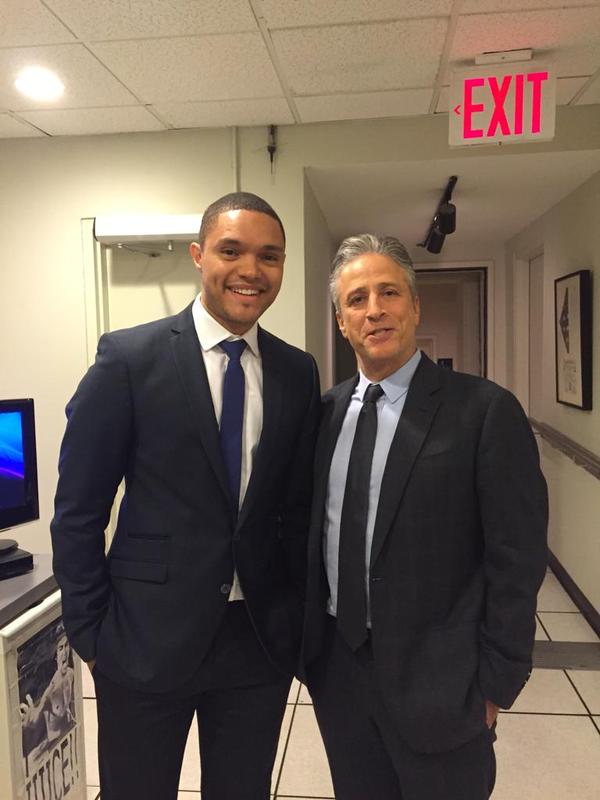 Trevor Noah better get used to this level of scrutiny, since he’s just landed one of the most sought after and publicized jobs in the world of TV hosting – the new host of ‘The Daily Show,’ succeeding none other than Jon Stewart.

As soon as he landed the gig, nay-sayers obviously took to the Internet to find anything they could about him. And unfortunately, they found several tweets making fun of women and Jewish people, despite the fact that comedians make fun of everyone and everything.

One particular tweet that received heavy backlash was about Jewish people, when Trevor tweeted [years ago], “Almost bumped a Jewish kid crossing the road. He didn’t look b4 crossing but I still would hav felt so bad in my german car!”

However, Trevor already took to Twitter to address the backlash, explaining, “To reduce my views to a handful of jokes that didn’t land is not a true reflection of my character, nor my evolution as a comedian.”

Comedy Central also released a statement of support for Trevor, explaining that he pushes boundaries, doesn’t spare anybody, and added, “To judge him or his comedy based on a handful of jokes is unfair. Trevor is a talented comedian with a bright future at Comedy Central.”

Again, most comedians do push boundaries all the time, but the difference is that Trevor Noah is no longer just a comedian. In an issue that Jon Stewart had to deal with very frequently, Trevor will also understand that he’s now on TV and people are a lot more particular about what’s coming out his mouth – whether on TV or Twitter. He’ll have to be careful about being overtly offensive towards people, whether he means it in jest or not.

What do you guys think about the backlash towards Trevor Noah – justified or not justified? Let us know your thoughts in the comments below.