Emma Stone and Andrew Garfield Drifting Apart – Break Up Next? 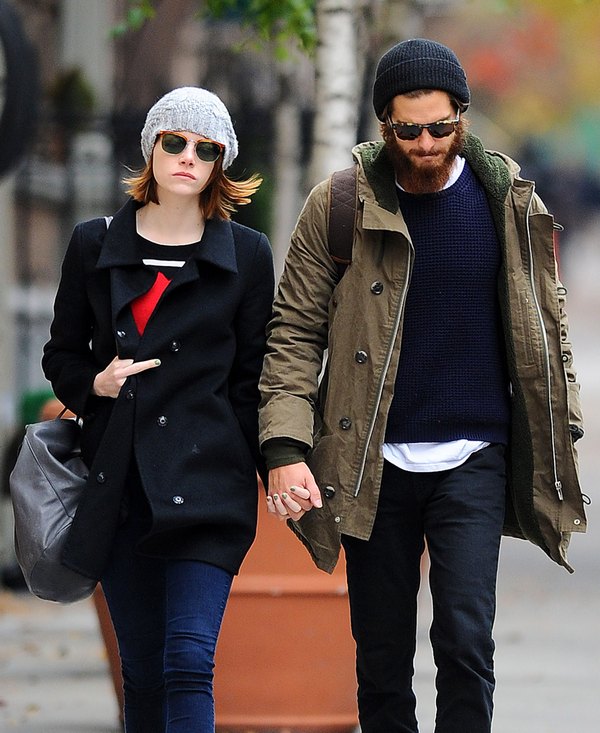 Emma Stone and Andrew Garfield are rarely present in the tabloids, preferring to keep their personal life private and away from the media. Apart from the odd paparazzi photo here and there, both Emma and Andrew make it a point to never talk about their relationship in public – even when they’re promoting the same movie.

Alas, a new report from Star Magazine claims that their reluctance to be seen in public together is not because of their desire for privacy, but rather the fact that they’ve hit a rough patch.

A ‘source’ tells Star, “It’s clear they’ve drifted apart. It’s an unspoken issue, but everybody knows they are on hold.” Apparently, the fact that Andrew wasn’t present by Emma’s side during awards season [when Emma was a Best Supporting Actress contender for her work in ‘Birdman’] is a red flag, with Star’s source elaborating, “Yes, Andrew was filming but he could have gotten away if he really wanted to. The fact was, neither one of them wanted to plaster on a smile and pretend everything was OK when it wasn’t. They are taking some time apart to figure things out. They need to know if what they once had is worth saving. They aren’t ready to call it quits just yet.”

Emma Stone and Andrew Garfield have lasted for several years, but there were always people wondering if they would make it when they didn’t have any more Spider-Man movies to film. Now that their career paths are starting to diverge again, could it be that their relationship just can’t sustain itself – leading to the two breaking up? Or is the idea of both of them breaking up much too early?