Jada Pinkett Smith Left ‘Gotham’ To Save Marriage To Will Smith 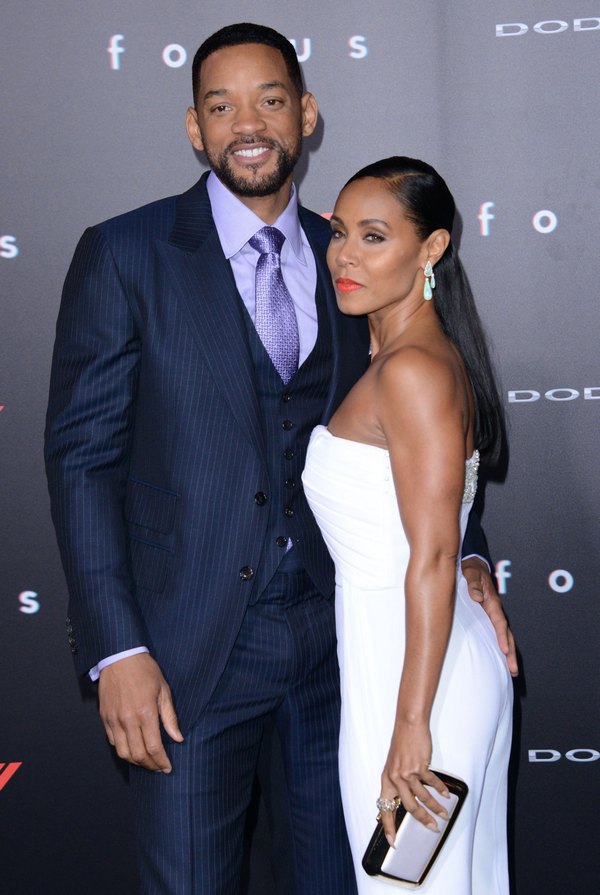 Jada Pinkett Smith and Will Smith have been married for a long, long time, especially by Hollywood’s standards. Whether it’s for that reason or because there really is trouble in paradise, the tabloids always seem to be fixating on the Will/Jada marriage in their weekly stories.

For example, the latest report from OK! Magazine claims that Jada Pinkett Smith left ‘Gotham’ to save her marriage to Will Smith. A ‘source’ tells OK!, “Jada enjoyed her time on the show, but she and Will have issues. She can’t afford to be on set right now.”

Apparently, these ‘issues’ and the ensuing divorce rumors all stem from the fact that Will got too close to his ‘Focus’ co-star, Margot Robbie. However, most of the tabloids seem to conveniently forget that Margot Robbie was dating someone else at the time, even though that doesn’t necessarily mean that nothing went on.

Either way, I can guarantee that neither Will Smith nor Jada Pinkett Smith are going to get divorced, especially not right now. Even if we put aside the fact that both of them are going to stick to the Scientology creed of marriage [never get divorced], there’s also the fact that they need each other right now. Will’s career has never been worse, and without the good family guy image that he often demonstrates in the media, it might not recover.

Granted, Jada leaving Gotham might have absolutely nothing to do with her marriage, but rather her desire to star in films and higher-caliber projects. Gotham is a high profile network show, but Jada wasn’t the lead of the show nor was she an integral part to the story. She is no doubt looking for more challenging and high-profile material, at least to showcase her particular talents.

What do you guys think? Is there any truth to the rumors of a divorce between Jada Pinkett Smith and Will Smith? Let us know your thoughts in the comments below.