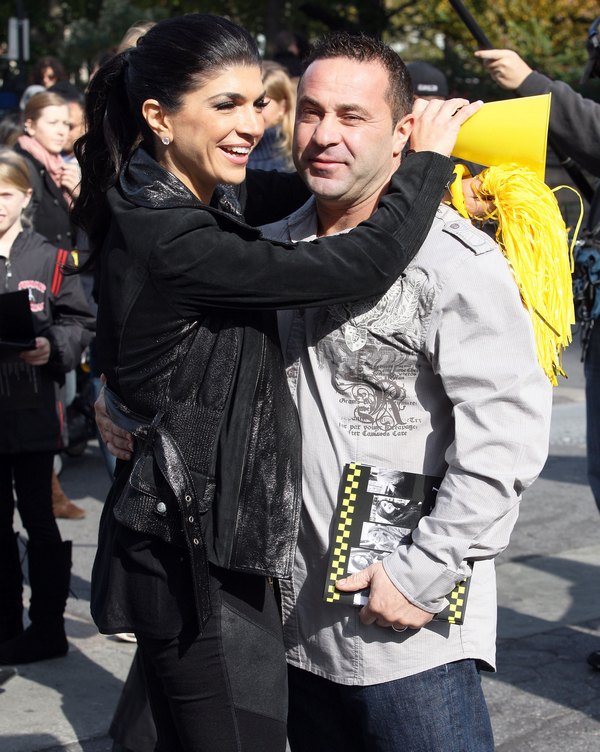 Apparently, we must always have a Giudice on our TV screens, despite the fact that they are D-list criminals who belong away from the spotlight – and in prison.

However, reports confirm that Joe Giudice is currently in talks to star in his own TV show after his wife Teresa Giudice’s prison incarceration. The show would focus on how he and the family are coping after Teresa’s imprisonment, and how the family would then deal with her coming home and him beginning his 41-month sentence.

The whole thing is sickening, isn’t it? Joe Giudice and Teresa Giudice committed fraud, and the judge was already lenient with their sentences because they were famous and they had young children. By rights, they should both be rotting in prison right now, not posing for magazine cover shoots and discussing the possibility of starring in a reality show.

This would also reward Joe for his illegal behavior, and both he and other reality stars will think that committing a crime and getting a TV show out of it is normal. It sets a very bad precedent for other people, especially since the entire show seems like it will focus on Teresa’s prison incarceration.

What do you guys think about Joe Giudice starring in his own TV show? Do you think he should be given an opportunity to gain anything at all from his illegal activities? Or should he stay out of the spotlight and then go to prison when its his turn?

Then again, it’s also the fault of whatever TV network is ‘in talks’ with him about this TV show. Don’t we have enough reality stars and famewhores on TV right now? Do we really need another reality star on TV, especially one that’s also a criminal?