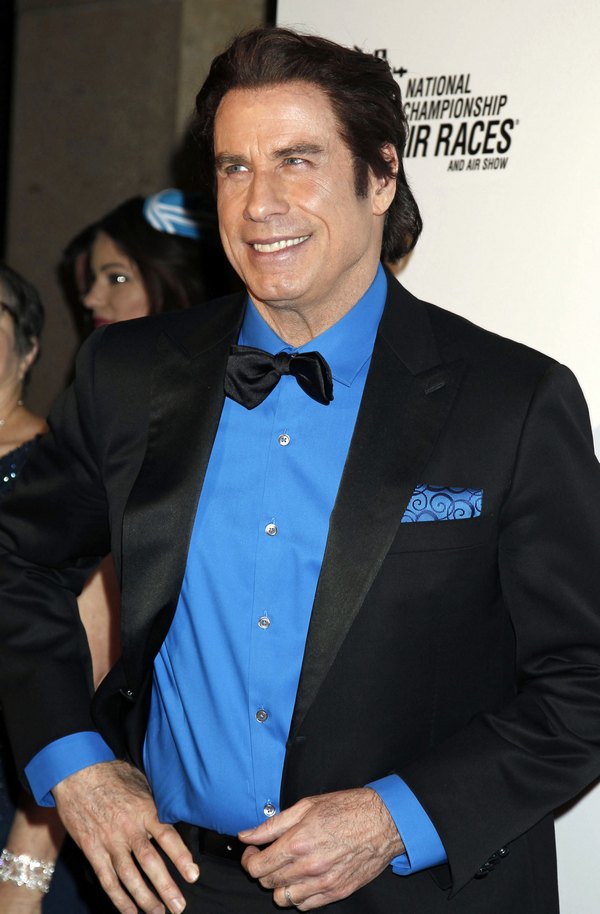 John Travolta is one of the most famous celebrities associated with Scientology right now, and with Tom Cruise’s reputation in the gutter, it’s fallen on John to defend Scientology against detractors – especially in the wake of the HBO documentary about Scientology, ‘Going Clear‘.

‘Going Clear’ has been raising a lot of questions about the way Scientology’s run, and of course, that’s also meant a lot of controversy surrounding the religion.

However, John Travolta makes it clear that he has no plans to watch ‘Going Clear,’ and in fact, even defends Scientology, explaining, “[It] has been nothing but brilliant for me. I’ve been so happy with my [Scientology] experience in the last 40 years that I really don’t have anything to say that would shed light on [a documentary] so decidedly negative. I’ve been brought through storms that were insurmountable, and [Scientology has] been so beautiful for me, that I can’t even imagine attacking it.”

In other words, he’s famous, Scientologists treat him like a god, and he’s had nothing but good experiences with the religion. If we’re being honest, that’s pretty much the standard party line coming from Scientology – all the people in the actual religion are happy [or pretending to be happy], so why should the public listen to the disgruntled ex-members outside the religion?

That’s what they’d like us to believe, and that’s the line they have John Travolta parroting. However, we’ve heard enough negative stories about Scientology that we have to take everything they say with a grain of salt, especially in the media. John Travolta was probably under strict instructions not to deviate from his praise, and he did an admirable job of selling the religion – only, unfortunately for him, Going Clear did an even better job of selling the religion as a controversial quack of a cult.