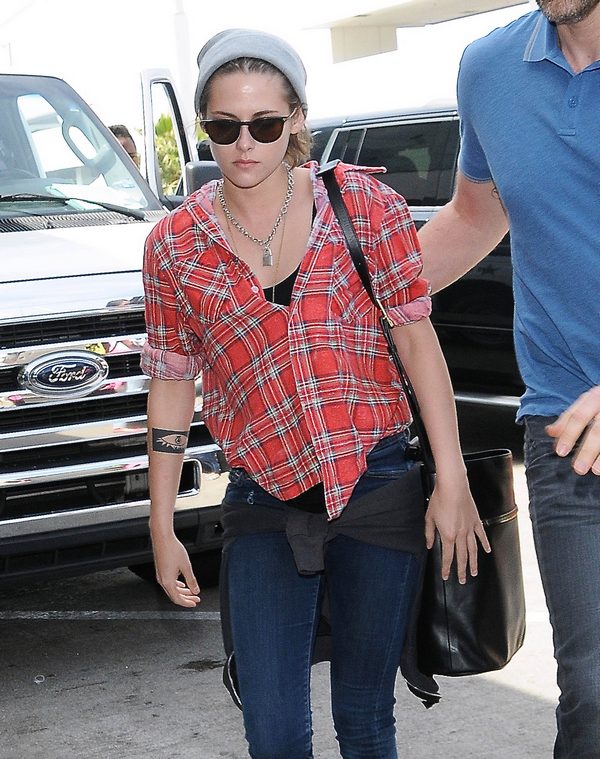 Kristen Stewart and Robert Pattinson broke up many years ago [centuries ago, by Hollywood’s standards], but many people – a.k.a. Twihards – still haven’t moved on. In fact, sources tell People Magazine that while Kristen will ‘survive’ Robert Pattinson’s engagement to FKA Twigs, she’s not going to have an easy time dealing with it.

Well, they don’t say that in those words exactly, but they definitely imply that. A ‘source’ tells People, “Kristen is doing fine, working and traveling, and she will survive Robert’s engagement. She has her own life and has moved on. Kristen lives a much more low-key life now and seems happier. It was obvious that she was struggling with the media attention [during her relationship with Rob].”

Still, why go out of her way to have someone tell People Magazine that? If it’s appearing in People, that means it’s publicist approved – and if it’s publicist approved, it’s probably also Kristen-approved. That means that Kristen desperately wants us to think that she’s not affected by Rob’s engagement, which means that she’s probably more affected than she’s letting on.

I mean, can you blame her? She dated Rob for several years, and the biggest reason they broke up was because of her cheating, not because they fell out of love. And then Rob went and started dating FKA Twigs for less than a year, and now they’re engaged. Meanwhile, Kristen dated Rob for several years and she’s left with naught by a souvenir to remember him by. Of course she’s going to be butthurt about the engagement, even if she’s over the whole thing by now.

What do you guys think about Kristen Stewart being ok enough to ‘survive’ Robert Pattinson’s engagement to FKA Twigs? Let us know your thoughts in the comments below.