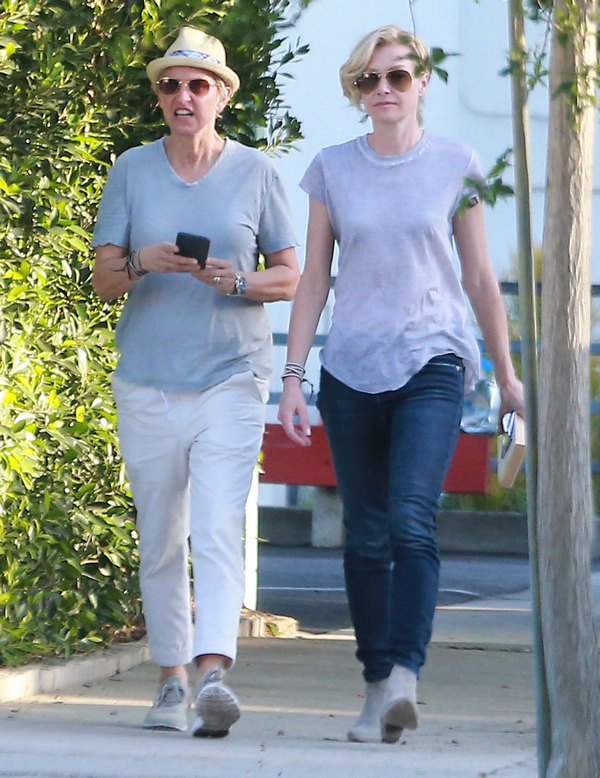 Ellen DeGeneres and Portia de Rossi have allegedly been having marriage problems for the better part of a few years now, even though sources close to the couple say they won’t get a divorce anytime soon.

A new report from OK! Magazine claims that Ellen and Portia are now living apart, adding, “Ellen’s more concerned with her image than the reality of what’s happening at home. It’s her controlling the relationship once again, which has landed her in trouble with Portia before. Portia really wants their marriage to work, but she just doesn’t know how to get through to Ellen anymore.”

It’s a very simple, black-and-white way of putting it, and I don’t doubt that it’s partly true. Ellen DeGeneres has gone out of her way to deny rumors that she and Portia de Rossi are having marriage problems, and you have to wonder why she’s making such an effort to correct her public image. Most celebrities never tend to comment on stuff like this unless there’s a kernel of truth to the rumors, and since we’ve been hearing about Ellen and Portia getting a divorce for two years, we start to believe it.

Now, even if Ellen’s obsession with image and positive PR is affecting her marriage, it was likely Portia’s rehab visit that started the whole thing in the first place. Every marriage is strained when one half of the couple is dealing with substance abuse, and from what the tabloids were saying, Ellen and Portia never had a solid foundation for marriage to begin with.

What do you guys think? Are Ellen DeGeneres and Portia de Rossi living apart? Let us know your thoughts in the comments below.