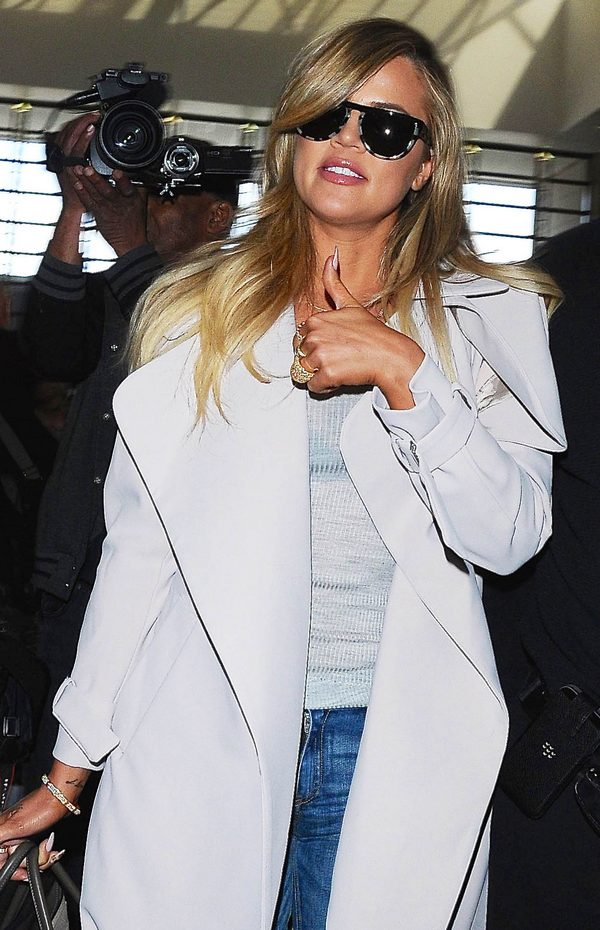 Khloe Kardashian and Lamar Odom officially got divorced more than a year ago, even though their marriage troubles extended over several years. Even though the two had a fairly contentious breakup and divorce, they’ve clearly kept in touch over the past few years. Thus, it’s not that surprising to hear that they might be reuniting for a new reality show, ‘Khloe and Lamar’.

A source tells Life & Style Magazine that Khloe and Lamar will begin filming the reality show at the end of April, even though Khloe is still in an on-again/off-again relationship with French Montana.

The source also elaborates, “Even though Khloe’s been secretly hooking up with Lamar, she still doesn’t trust him. She thinks he’ll humiliate her again, but she has decided to take it slow in hopes that Lamar will get some help.”

In other words, everyone wants money and is willing to put aside their trust issues and betrayal issues for the sake of that money. Obviously, Khloe and Lamar had a difficult divorce, but if they’re both getting offered millions of dollars to suck it up for the cameras, you don’t think they’ll do it? Khloe’s been raised to always place fame, money, and attention above genuine feelings and emotions, and Lamar – well, Lamar will do anything to get back on Khloe’s side, even if she’s hooking up with someone else.

What do you guys think about Khloe Kardashian and Lamar Odom possibly reuniting for a new reality show called ‘Khloe and Lamar’? Let us know your thoughts in the comments below.