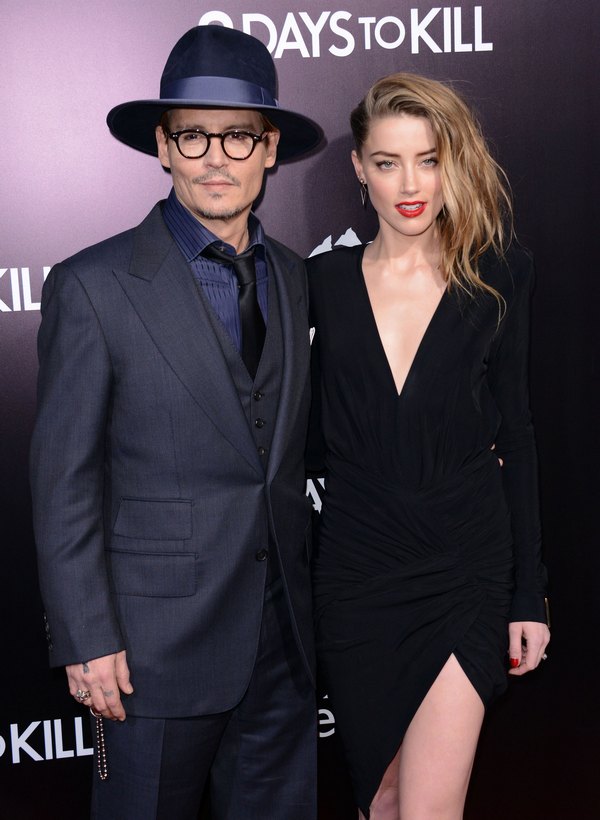 Johnny Depp and Amber Heard have been married for less than a few months, but sources suggest that they’re already on the verge of a split.

A new report from In Touch Weekly claims that Johnny and Amber are already having marriage issues, with sources explaining, “They’re barely talking. Amber is constantly worried about him. He’ll go days without calling or texting her.”

The source also adds that Johnny’s non-stop drinking and partying is the root cause of all their problems, and that Johnny’s promises to quit have failed to materialize – and Amber is sick of it! Apparently, she and Johnny have been fighting constantly over his extracurricular activities, and Amber no longer feels that she can trust him or stay with him.

Considering that Amber and Johnny first hooked up on the set of The Rum Diary when Johnny was allegedly still with Vanessa Paradis, I don’t blame Amber for not trusting him. It seems like Johnny’s still in the midst of his mid-life crisis, and there doesn’t seem to be any signs that he’s getting over it. If anything, he’s been getting consecutively drunker and more ridiculous as time goes by, and even his professionalism is being chipped away. For example, he recently hurt his hand outside of the set for the latest Pirates of the Caribbean movie, and rumor has it that he hurt it during one of his alcohol binges.

What do you guys think about Amber Heart and Johnny Depp getting close to a split? Do you think they’re both willing to get a divorce after only a few months of marriage, or will they at least last a year before calling it quits? Let us know your thoughts in the comments below.