Shailene Woodley Hates Craft Services – She Makes Her Own Food! 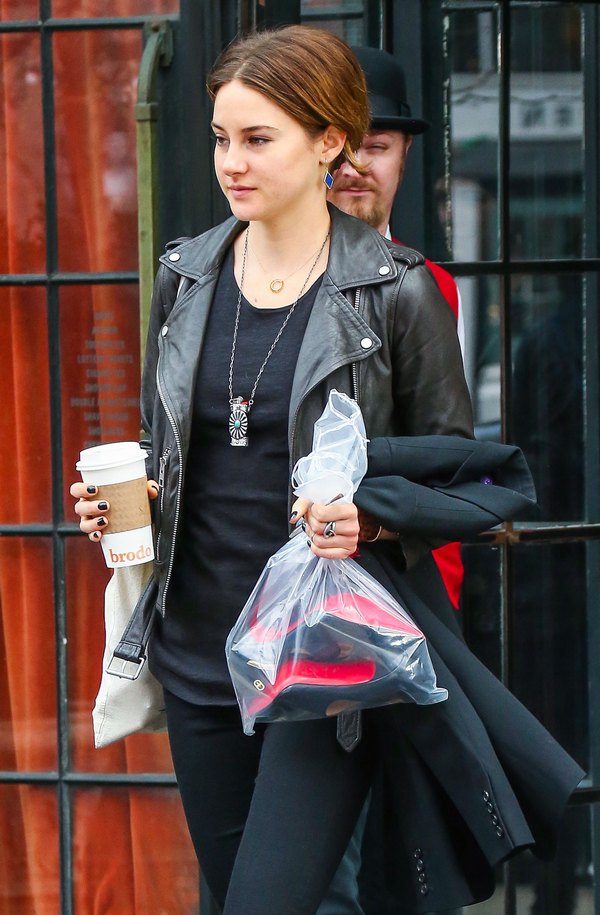 Shailene Woodley hates anything that is unhealthy, and we already know that. But even though they’re providing some fairly healthy options for craft services on a film set [how else do you think those actresses stay skinny], Shailene still refuses to eat anything from craft services.

In fact, she tells Bon Appetit in an interview, “I bring my own food in the morning and at night. I go to work, then I come home and learn my lines, and then I’ll make dinner and use whatever I make for dinner as leftovers the next day. It usually has potatoes or sweet potatoes, a protein, and a vegetable. It’s an easy, quick thing to do every day, and then you can switch up the sauces depending on what you’re feeling like.”

Well, Shailene Woodley has come to be known for her alternative health choices, so her refusing to eat craft services isn’t a surprise. However, you’d think that she would actually try to convince the craft services people to serve all paleo, wouldn’t you? But I guess she realizes that a lot of people find her food and health choices strange, and don’t necessarily want to live that way.

She also espouses some other health choices in the interview, and explains that she takes a bit of thyme every morning to clear up her respiratory system, and also makes her lipstick from beets.

Um… again, this is Shailene Woodley we’re talking about, so good for her? A lot of her ‘alternative’ health choices are things that other people also support, so it’s not like she’s just making stuff up. But at the same time, I do wonder if she tries to convince people on the set to follow her lead… and do you think anyone listens to her?