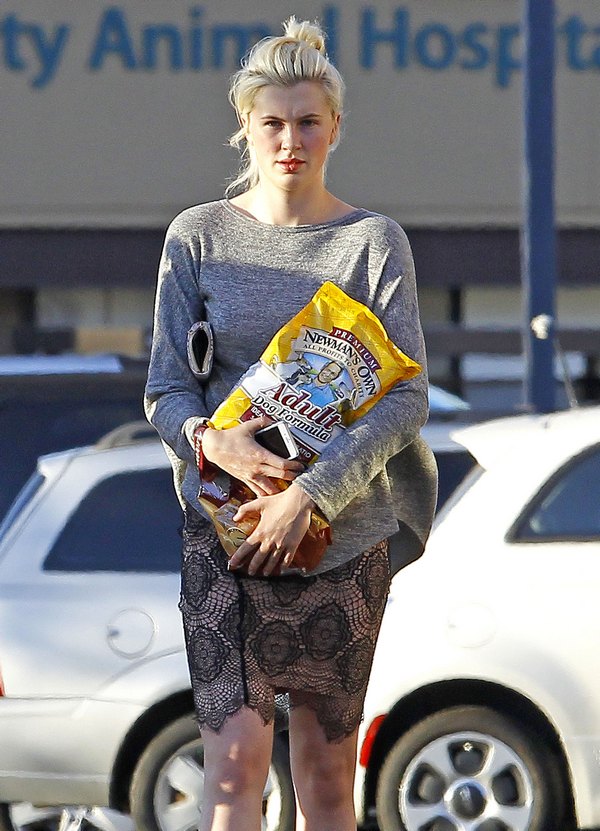 Ireland Baldwin has managed to stay out of the spotlight for a relatively large amount of her childhood, even though she’s been dragged in through her father, Alec Baldwin, several times. But perhaps all those incidents have had a greater impact on Ireland than anyone predicted, since she just admitted that she’s in rehab for ‘emotional trauma‘.

Several rumors had circulated about how Ireland was in rehab or ‘recuperating’ after a particularly crazy drug and alcohol binge, but she claims that’s not the truth. In fact, Ireland Baldwin took to her Twitter to write, “I checked myself into Soba for two weeks to just get away for a little bit. I’m not much a party cat but I am here [to] deal with some emotional trauma and getting the intensive therapy I needed in order to recover.”

She also added, “Someday I’ll feel ready to share my story openly without feeling the way I do. Right now I just needed a breather. I needed a chance to work on myself and gather all the tools I need to overcome everything that I had been through and rid myself of all the pain I locked away in unreachable places.”

She’s being quite cryptic about all this, but it seems like she’s hinting at some mental health issues – although that really isn’t clear. It’s easy to dismiss this as a famewhoring attempt, but it’s clear that Ireland really is suffering – and that’s fairly obvious throughout her writing. Now, it’s not clear whether she’s just trying to come up with excuses for a possible drug and/or alcohol addiction. But really, it seems like she’s telling the truth, even though ’emotional trauma’ might be the wrong words for it.